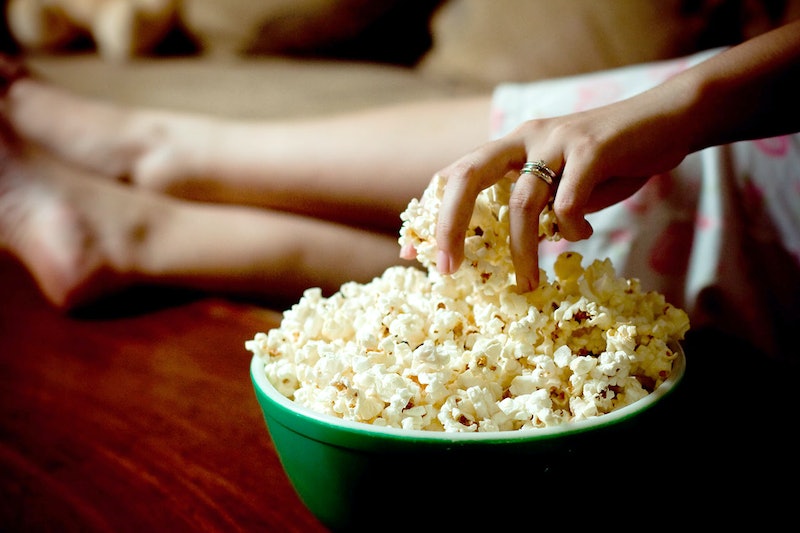 Everyone loves a good psychological thriller, as evidenced by the overwhelming response to the 2014 film Gone Girl. It feels like this genre is having the kind of moment we’ve not seen since the ’90s, when films like Basic Instinct and Single White Female were the order of the day. With the release of The Girl On The Train on October 7, we can officially call this revival a thing, and we can’t wait. Here, five additional reasons we’re counting down the days until this film’s premiere. (Warning: Slide #5 is a bit of a spoiler if you’ve not yet read the book!)

It Will Finally Fill The "Gone Girl" Void

While we have, at times, subscribed to the belief that book are always better than their movie adaptations, we can't make this claim when it comes to Gone Girl, since that film was masterfully done. We've been patiently waiting since the book version of The Girl On The Train became a sensation for its adaptation, because few mediums are able to capture tension quite the way film can.

Emily Blunt is one of our favorite actresses—she's so good at what she does (who can forget her scene-stealing turn in The Devil Wears Prada?) and yet she still somehow flies under the radar in terms of exposure. Perhaps this is because of her down-to-earth nature, which often leads to press tours filled with self-deprecating jokes we can't help but allow to charm us. Also, she never disappoints on a carpet: Just check out the Alexander McQueen look she wore to the film's London premiere.

Justin Theroux is tough to catch on camera if you don't watch HBO's The Leftovers. He returned to his role as the evil DJ in Zoolander 2, but outside of that film, he hasn't done anything on the big screen since the 2012 film Wanderlust (which you probably only saw if you were bored on a plane). He plays Rachel's (Emily Blunt's) ex-husband in the film, a role to which we're sure he'll bring the requisite depth and shadiness.

When industry heavy-hitters like Warren Beatty, Antoine Fuqua and Terrence Malick are all talking about someone, you know she's got to be good. We have a feeling Haley is poised to achieve Alicia Vikander-level ubiquity, beginning with the release of this film.