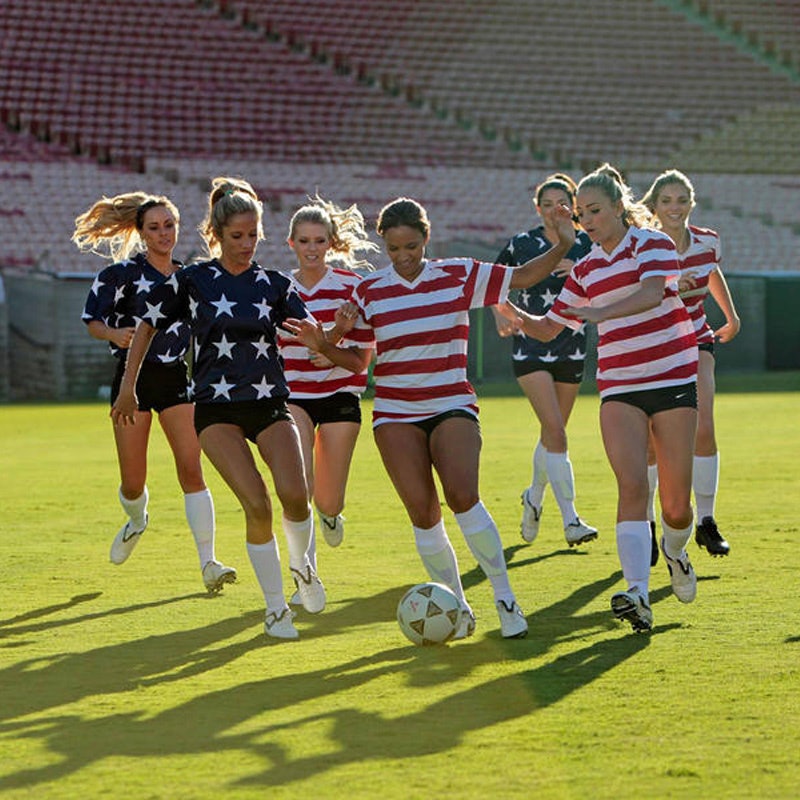 Much like Allison Williams (and indeed the rest of the American population), we’ve fully committed our next several Monday nights to The Bachelor. Below, a recap of our favorite moments from this week’s episode.

This season has no shortage of gratuitous jacuzzi scenes—this week, they upped the ante on randomly placed whirlpools by planting one smack in the middle of nowhere following Ben's airplane date with Lauren B. Just what you'd expect to see among the nondescript rolling hills of Southern California, the hot tub served as yet another questionable location to drink champagne and feign intimacy. Cue the cringing. That said, we're fans of the adorable Lauren B (and thankful this one-on-one didn't go to Lace).

Because apparently there's insufficient entertainment value from a group of questionably sane, lovestruck women alone, this week ushered in even more celeb cameos by way of US women's soccer stars Alex Morgan and Kelley O'Hara. The show is starting to feel a little one-trick-pony with this formulaic approach to the episode structure (also see the abundance of live musical performances), but admittedly the soccer-themed date was pretty amazing.

In an effort to really play up his basketball-enthusiast Hoosier roots, it seems Ben's early wife-vetting strategy revolves around the ladies' athleticism. Unfortunately, the majority of the girls play soccer as if they have two left feet. (Great television, bleak outlook for his lineage.) Naturally, the game involved flippy ponytails and short-shorts aplenty, plus a healthy dose of catty competition. Shoutout to twin Emily for actually being an insanely decent goalie.

After a somber Ben enters the cocktail party with news of his family friends' passing, Olivia seizes the opportunity to whisk him away for some alone time. Rather than offering consolation, she found the moment an appropriate time to speak to her deepest insecurities, which from the waist down include her "cankles" and "ugly toes." Tears were involved. We were speechless.