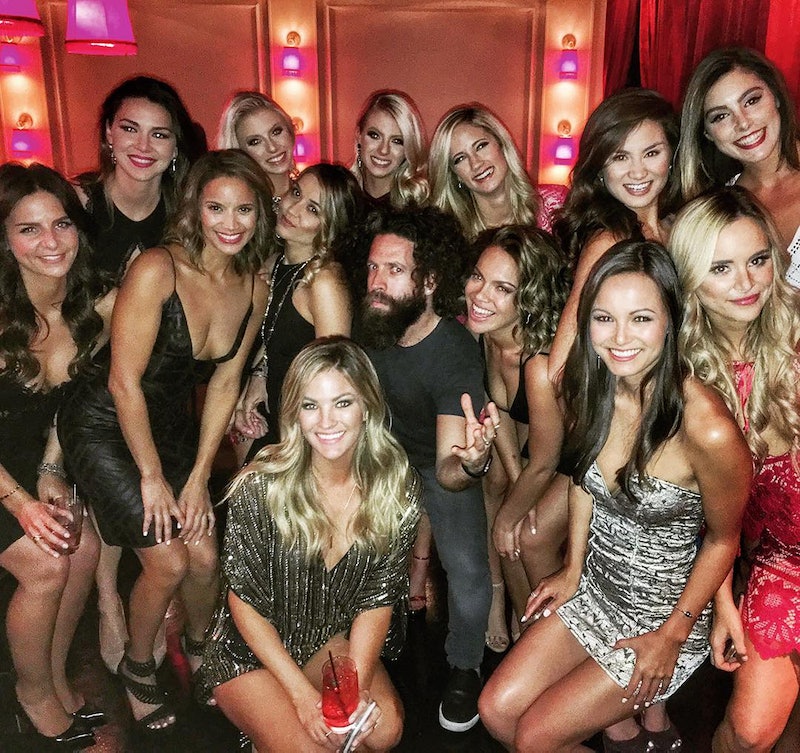 This week, The Bachelor took a break from its regularly scheduled programming for the episode we’ve all been waiting for (second to the finale, of course)—the “Women Tell All” special. Consistently full of ridiculous, confrontational and at times heartwarming moments, this season’s installment had it’s fair share of all the above. Here were those that stood out from the pack.

Though we were introduced to her only a few short weeks ago, Tiara the "chicken enthusiast"—this season's token contestant with a unique occupation—quickly got overshadowed by the drama that ensued on the show. Just when we'd nearly forgotten about her, she showed up for the reunion with her feathered friend Sheila, who eventually bawked her way into Lace's arms for the duration of the two-hour-long special.

This season's construed villain, Olivia was put in the hot seat to reflect on and explain her bizarre behavior on the show. While it started off heated, she eventually owned up to the offensive remarks she made to the other girls—and apologized to Amanda in particular for that Teen Mom jab. She also went on to explain how she felt bullied throughout the process, and shared a tearful account of the hurtful comments she received via social media—something Kaitlyn Bristowe of The Bachelorette also went on to publicly share. Through it all, she came out stronger on the other side and reminds us that there's a fine line between poking fun and cyber bullying.

To ensure the episode wasn't without a lull, some random guy in the studio audience came forward during Lace's interview and professed his love for her, saying "you are crazy—crazy beautiful." He then lifted his shirt to reveal a tattoo of her face on his side. We have no words.

During his one-on-one with Jubilee, Chris Harrison concluded their conversation by saying: "I know you can't control how complicated you are. You might be complicated, and I know you stir the pot sometimes, but I hope you realize you're a pretty special woman, and I really appreciate you coming here and opening up the way you did." This struck a chord with Amy Schumer, who fired off a series of tweets responding, "There is nothing wrong with 'complicated' women Chris Harrison. You treated it like something she should fight. A women shouldn't try to be less complicated so as to hopefully attract a man. And she shouldn't find value in herself just because a dude liked her. Come on bro." The two have since exchanged friendly tweets and made nice.