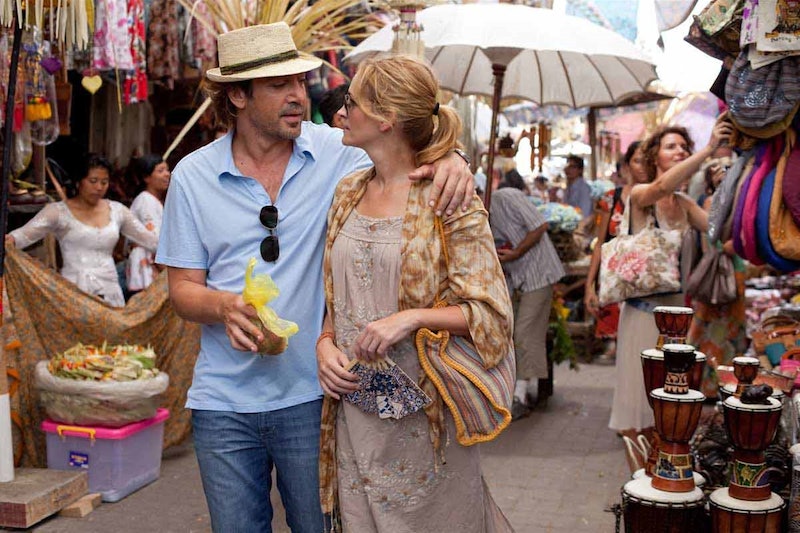 It’s no secret that I’m a bit of a gypsy. Upon graduating from college, I decided on a whim to turn down the legit offer of employment extended to me in LA and instead move to NYC to bartend. A few years later, I likewise quit a very stable job to move to Bali solo and weirdly never experienced a single moment of homesickness the entire time I was gone. These days, I have more roots than I’m used to and am trying to keep from pulling them up and going wherever the wind blows because, you know, I’m an adult and apparently my biological clock is ticking toward a stop. Still, this harsh reality doesn’t stop me from fantasizing constantly about leaving it all behind. Here, three fantasy escape scenarios I secretly think could actually happen IRL.

Life Is Good (But It Could Be Better Somewhere Else)

I've been to Brazil exactly twice, and both times I fell in love with men I could've married. The second time, I even continued to date my sexy South American BBC reporter for a full year after returning stateside. Though I don't have much luck dating in the US, Brazil is sort of my secret contingency plan for evading old-maid-hood (totally a word). My hypothetical plan is to visit Brazil this year during the holidays and—as was the case in my two previous visits—fall in love with a dreamy Brazilian who will convince me to move to Rio and make babies with him. Unlike my younger self, present-day me will know this is the absolute best outcome for my life and will say "yes" without a moment's consideration on how she will earn a living or maintain her perfectly dyed bleach-blonde hair sans LA salon. "Pai do Bebê," as I affectionately call him, is probably rich via family money, so I'll never have to work again and I can fly to LA once a month to get my roots done.

This one is a bit shameful, but I have no shame so I'm going to go ahead and share it anyway. I secretly believe I will meet Prince Harry and he will, for no good reason whatsoever, decide I am "The One." This seemed much more far-fetched before he plucked Meghan Markle out of relative obscurity (okay, she's an actress, but still!), and so now I'm really deluded into thinking there's a chance. I know Prince Harry is a bit random, but there's something about the amount of power I would have as a royal that is so appealing to me. Yes, I would still be my unfiltered scrappy self, but I'd at least be in fancy settings. Plus, I love scandals and secretly think it would be fun to be caught topless on a yacht in the British tabloids. What? I never said I was classy.

Now that I've told you my deepest and most embarrassing secrets, letting you in on the fact that I play the lottery doesn't seem so bad. One of my favorite games is to buy two tickets and sit with a friend fantasizing about what we would do if we were to win. Usually I say things like, "I'd end world hunger," but really what I would do is buy a private island off of bankrupt Johnny Depp and spend the rest of my days Instagramming things that would make my ex-boyfriends feel bad about themselves—Johnny Depp (we'll date briefly, pre-estate sale) included.