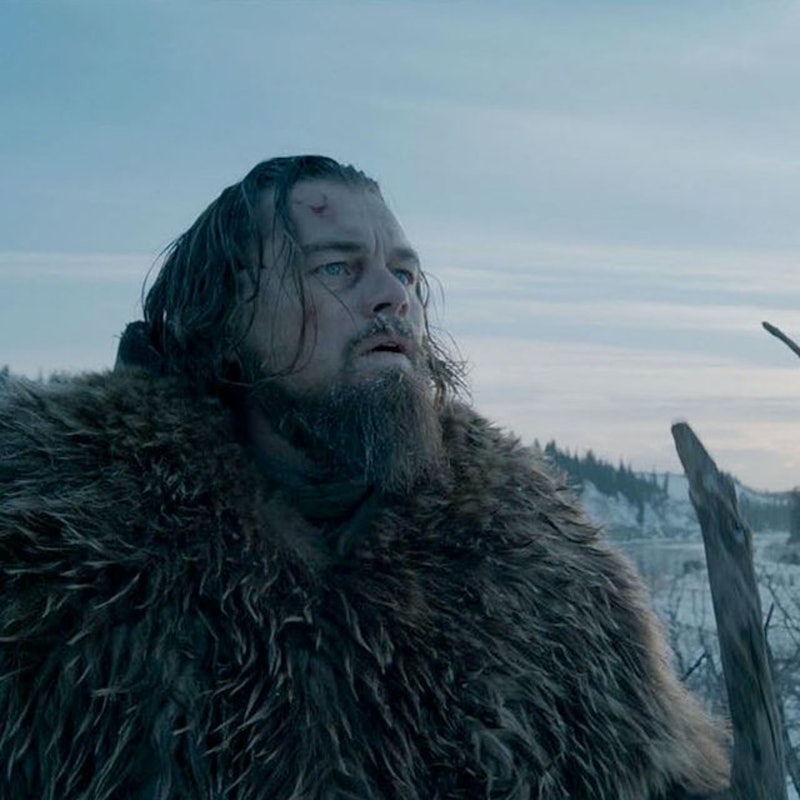 While we’re not expecting a lot of big upsets at the Golden Globes this Sunday, a few of the races could end up being a close call. In a not-so-subtle bid for votes, Leo’s been all over the internet talking about the difficulty level of his role in The Revenant; however, he’s by no means a shoo-in, with stiff competition including critical darlings Michael Fassbender and Eddie Redmayne. Other awards are similarly up for grabs (e.g. Brie Larson vs. Saoirse Ronan), but we’ve given the outcomes our best guess. Here are our predictions for the winners of this weekend’s biggest prizes:

Our Prediction: Leo! Though he’s not a critical darling in the same way that Bryan Cranston and Eddie Redmayne are, he’s got to win this award at some point in his career and we’re guessing the HFPA will want to avoid having to token-gift him a statuette for a lesser performance down the line.

Our Prediction: Brie Larson. Critics seem to agree that Brie Larson and Saoirse Ronan are the frontrunners here, and both gave incredibly strong performances. However, Brooklyn was largely overlooked by the HFPA--this is its only nod—so we’re not expecting Saoirse to beat out Brie at the Globes.

Our Prediction: Spotlight. It makes sense that a story about journalists would be awarded the top prize by an association of journalists. Spotlight has also pulled in more critics’ awards than the other contenders which, if history is any indication, means this award should be an easy win for the film.

Our Prediction: Matt Damon. If only because Christian Bale’s nomination for The Big Short will pull some votes from Steve Carell, who is definitely worthy of the win.

Our Prediction: Jennifer Lawrence. The HFPA loves Lawrence, but we’re secretly hoping they cave to the zeitgeist and crown Amy Schumer instead.

Our Prediction: The Big Short. Though it’s a good film, The Big Short will likely win this category by virtue of the process of elimination. Broad comedies like The Spy and Trainwreck rarely win, many are miffed that The Martian was allowed to categorize itself as a comedy, and The Big Short has received far more critical acclaim than Joy.

Our Prediction: Taraji P. Henson. It’s no easy feat to create an iconic character in a show’s first year, but Taraji has done just that with her portrayal of Cookie.

Our Prediction: Rami Malek. Jon Hamm is really Rami’s only other rival for this award, and the HFPA tends to favor newbies.

Our Prediction: Game of Thrones. Because, duh.

Our Prediction: Jeffrey Tambor. He won last year, but he deserves to win again this year (though we do feel his performance tends to be dramatic more often than it is comedic).

Our Prediction: Julia Louis-Dreyfus. This is a tough one. Gina Rodriguez is so intensely lovable in Jane the Virgin and it’s so great to see Lily Tomlin back in action in Grace and Frankie. However, Julia’s performance in whip smart and comedically brilliant performance in Veep is in a league of its own.

Our Prediction: Transparent. The writing on Veep and Silicon Valley is so good they both deserve to win this category, but Transparent is the clear frontrunner as the HFPA tends to value depth of story first and foremost.