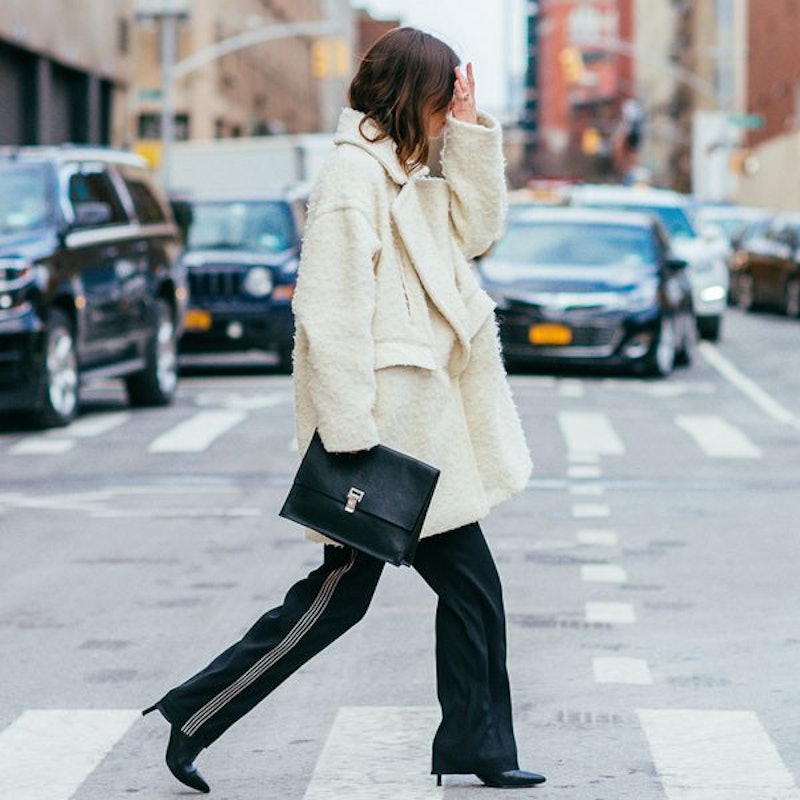 In advance of National Women’s Day, a New York City-based asset management group called State Street made a major adjustment to the famous charging bull statue found in the financial district. (You know, the iconic symbol in front of which tourists take photos.) Across from it, the company installed a bronze sculpture of a little girl, facing off to the bull, in an effort to motivate the 3,500 firms it invests in to increase the number of women among their ranks. We don’t know about you, but this feels a monumental moment for feminism—the statue may just be a symbolic gesture, but it’s a powerful one nonetheless. “Wall Street is a traditionally male environment and it says, ‘Hey, we’re here,’” the (female) sculptor, Kristen Visbal told the Wall Street Journal. “To me, it says a woman can be delicate and petite, but strong.” The sculpture was installed overnight, just as the original bull sculpture was back in 1989, as a symbol of New York’s resilience after the 1987 stock market crash. “One of the most iconic images on Wall Street is the charging bull. So the idea of having a female sort of stand against the bull or stand up to the bull just struck us as a very clever but also creative and engaging way to make that statement,”Lori Heinel, State Street’s deputy global chief investment officer, said. “Even though it’s a little girl, her stance is one of determination, forwardness, and being willing to challenge and take on the status quo.”