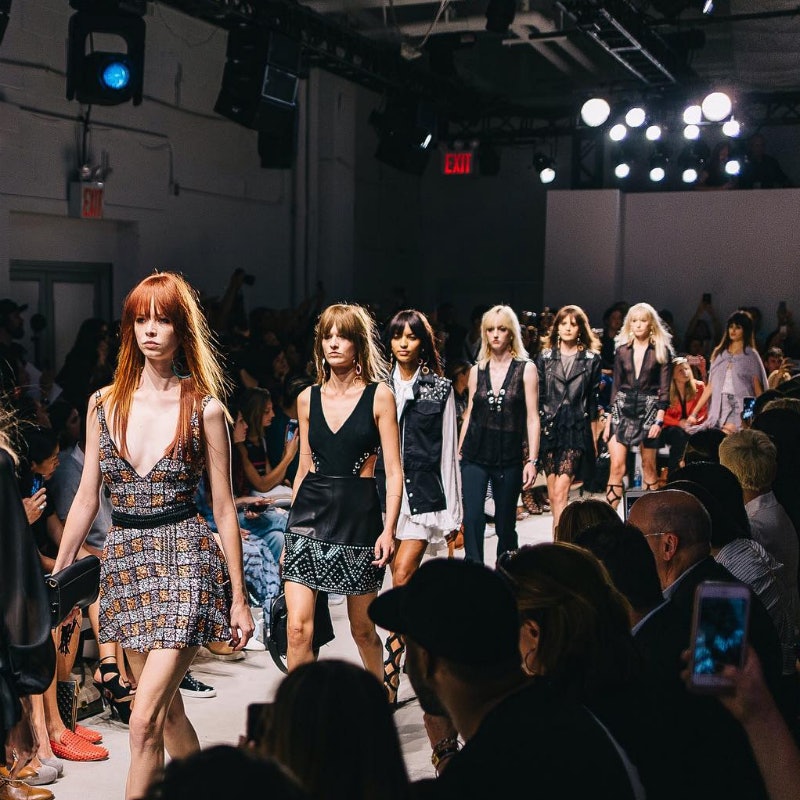 Just in time for NYFW, two French luxury conglomerates are joining forces to nix controversial casting practices long associated with the fashion industry—that is, the widespread hiring of excessively thin models. Louis Vuitton and Givenchy’s parent company LVMH teamed up with Kering (owner of YSL and Gucci) to establish a charter that cracks down and instead places the focus on models’ overall health and well-being on the job. It’s a big deal for designers, models and patrons of the fashion industry, considering the two corporations own or control a lion’s share of the global brands and houses responsible for major shows and presentations.

As indicated in the charter’s guidelines, casting agencies must present female models of size 34 (equivalent to US size 2) or over, and models should have access to food and drinks that comply with their own dietary requirements as well as the ability to file complaints with agencies, directors and the like should the need arise. And because LVMH and Kering are committed to fighting mistreatment, other requirements state that nudity is only allowed with a model’s explicit consent, and those between 16 and 18 years old must adhere to rules regarding work hours. Enforced by a monitoring committee, the charter goes into effect immediately. It comes just months after France passed a law that requires models to present a medical certificate confirming their general health. “We hope to inspire the entire industry to follow suit,” Kering CEO François-Henri Pinault says in the statement, “thus making a real difference in the working conditions of fashion models industry wide.”