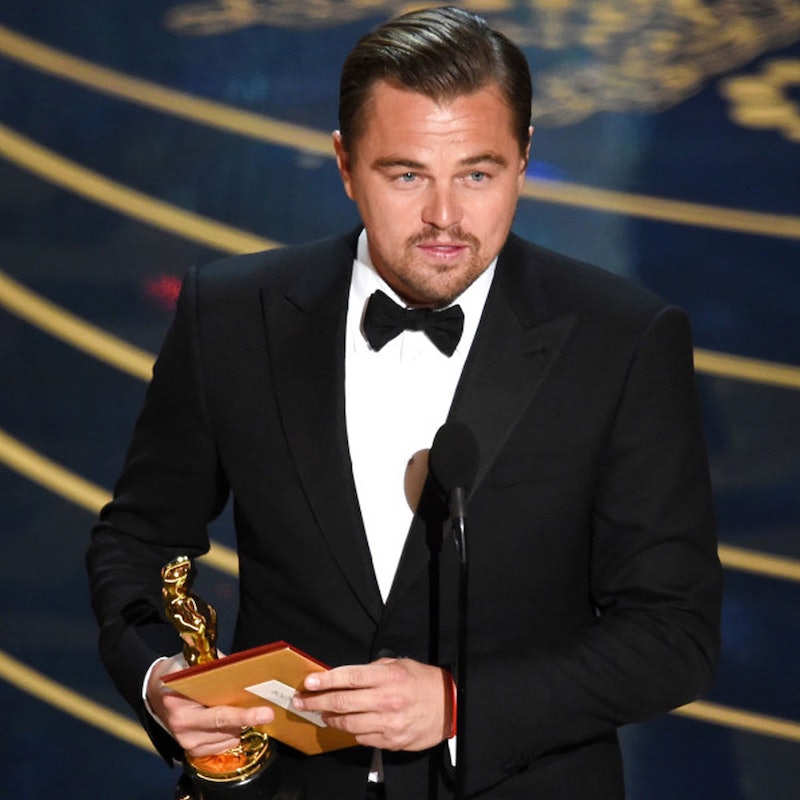 The world is rejoicing over Leonardo DiCaprio’s long-overdue Best Actor award at last night’s Academy Awards and, unsurprisingly, we’re thrilled by the most celebrated Oscar win in history. Following the ceremony at the Governor’s Ball afterparty, a video captured the Oscar winner making conversation with the engraver of his well-deserved statuette complete with a wonderfully self-deprecating joke. Drumming his fingers as he waited, the hunky actor inquired, “Do you do this every year?” to which the engraver nodded. Leo then bobs his head in response, joking, “I wouldn’t know,” as laughter ensues. Yep, he nailed it. Watch the video below.

.@LeoDiCaprio gets his Oscar engraved at the Governors Ball: “Do you do this every year? I wouldn’t know.” #Oscarshttps://t.co/3dBRsS1FQ4 — Variety (@Variety) February 29, 2016