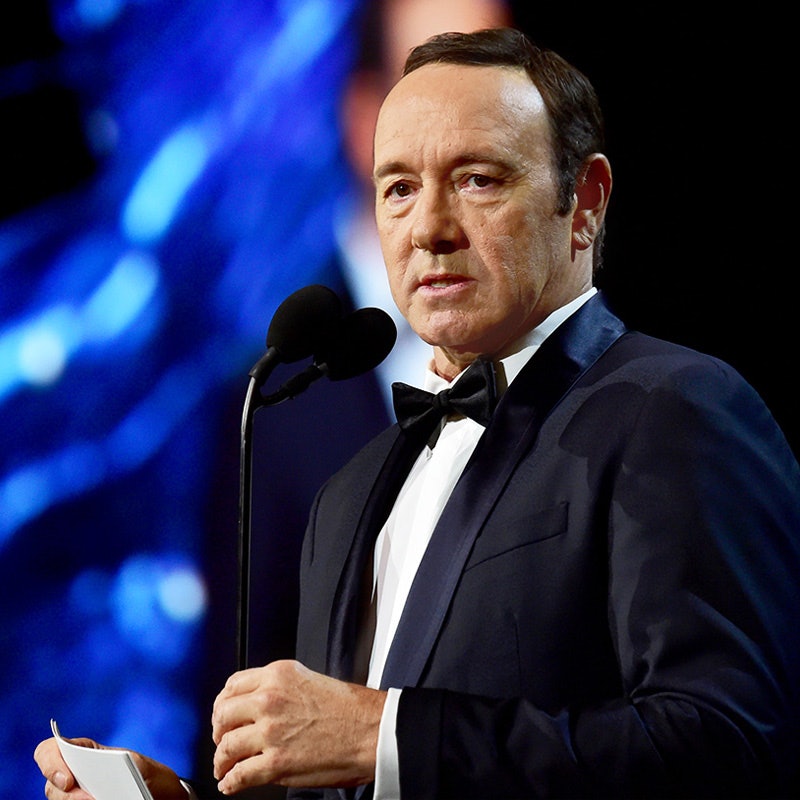 Updated November 6, 2017: Looks like House of Cards might be officially over. In light of the mounting claims of sexual harassment against Kevin Spacey, Netflix has decided to cut ties with the series’ lead actor and executive producer. The political drama, which had been in its sixth season of production, will no longer air with the Oscar winner in the starring role, especially after several crew members opened up to CNN about Kevin’s alleged inappropriate behavior on set. “I was in a state of shock,” revealed a production assistant, who said he was sexually assaulted by the actor at an off-site location on the way to his trailer. “He was a man in a very powerful position on the show, and I was someone very low on the totem pole and on the food chain there.”

According to The Hollywood Reporter, writers have considered proceeding with a final season minus Frank Underwood—the internet has speculated on Robin Wright becoming the show’s lead, but they haven’t ruled out completely shutting down the series. Kevin had also been working on a Gore Vidal biopic that was in post-production that has since been axed.

Original post, October 30, 2017: Kevin Spacey is famously private about his personal life, so we were surprised to see him take to Twitter last night to reveal something very personal. The Oscar winner finally addressed the long-advanced rumors that he’s gay, marking his first public statement on his sexual orientation.

But while A-listers have traditionally been hailed for coming out, Kevin’s announcement is receiving backlash. The 58-year-old’s post came in response to a Buzzfeed interview in which actor Anthony Rapp accuses the Hollywood regular of “trying to get with me sexually” back in 1986. At the time, Kevin was 26 and Anthony was 14.

The sexual misconduct reportedly occurred at a party that Kevin was hosting. The Star Trek: Discovery star says Kevin picked him up, laid him on a bed and climbed on top of him at the end of the night. “I still to this day can’t wrap my head around so many aspects of it,” Anthony adds.

Following the allegations, Kevin responded on Twitter with the following statement:

Internet users have since criticized the way Kevin linked the accusation and his sexuality, claiming he used an allegation of sexual misconduct against a child as an opportunity to come out.

In the interview, Anthony admits that the shocking number of sexual harassment, assault and rape allegations against media mogul Harvey Weinstein prompted him to come forward about his own experience in the entertainment industry. “And not to simply air a grievance, but to try to shine another light on the decades of behavior that have been allowed to continue because many people, including myself, [have been] silent,” he says. “I’m feeling really awake to the moment that we’re living in, and I’m hopeful that this can make a difference.”

And it appears it already has, as Netflix just made the decision to pull the plug on political drama House of Cards following the sixth season’s debut. (Kevin not only stars, but also executive produces for the series, which is currently in production.) Creator Beau Willimon has also called the allegations against the star “deeply troubling.” A premiere date for the next season has yet to be set.

If you or someone you know has been sexually assaulted, you can call a representative at RAINN through the National Sexual Assault Hotline at 800-656-HOPE. All calls are confidential.