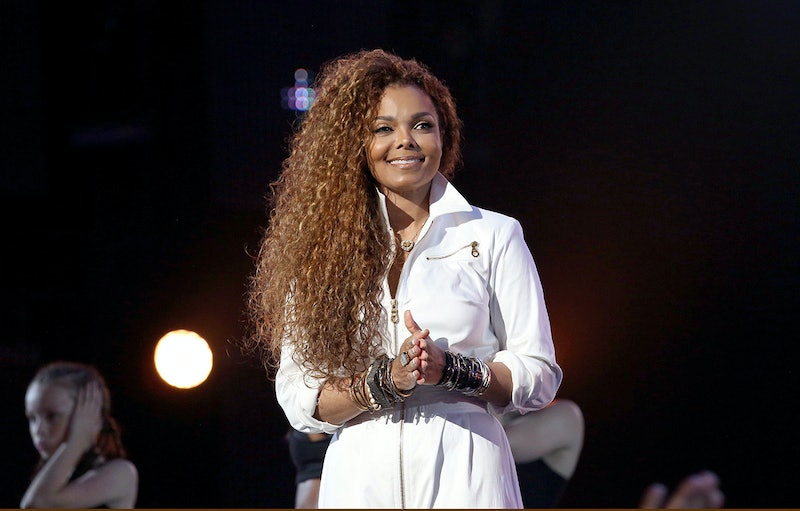 Just after the new year’s festivities, Janet Jackson and husband Wissam Al Mana have another reason to be excited about 2017. The singer, who postponed her Unbreakable world tour in May to start a family, gave birth to a son today, naming him Eissa Al Mana. A representative confirmed that she had a “stress-free healthy delivery and is resting comfortably.” Major congratulations to the first-time parents!

Six months after postponing her concert tour because she and her husband were “planning our family,” Janet Jackson has finally confirmed that she is pregnant with her first baby at 50 years old. “We thank God for our blessing,” the expectant mother said in a People magazine exclusive with her baby bump on full display. We have to say she’s one glowing mom-to-be.

Original: Janet Jackson has good reason to celebrate Mother’s Day this Sunday—the legendary entertainer is pregnant with her first child. Having been on the road since August 2015, she announced last month she’d be postponing her Unbreakable world tour to start a family with her husband Wissam Al Mana. And yes, we know what you’re thinking—Janet will indeed be celebrating her 50th birthday on May 16th. Congrats to the expecting couple!