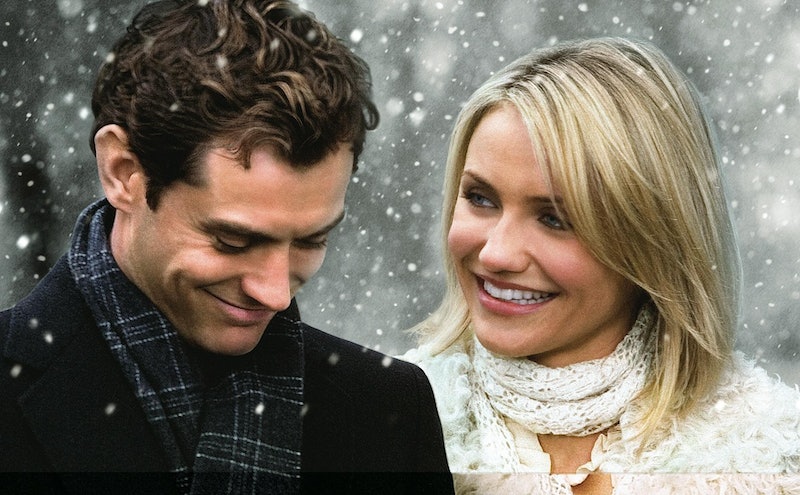 We have to be honest and admit that, to us, some holiday films feel a bit like torture. Such aversions are generally specific to the individual—for this writer, who has endured repeat seasonal viewings for years, it’s A Christmas Story that needs to be relegated to the ash heap of history (sorry, Dad). For each of those not-so-beloved movies, however, there’s bound to be one that’s become an obsession without which the holidays wouldn’t feel as festive. Here, a list of flicks to add to your “love” list, as well as some of the best holiday-themed TV episodes of all time.

If you were a kid in the '80s and early '90s, you've likely seen this irreverent take on A Christmas Carol—in large part improvised by Bill Murray—a time or two. If not, you need to do so, stat.

Love Actually has been around for over a decade, and yet the Internet is still debating its merits. We don't care what anyone has to say, though. It makes us feel good, and in post-election 2016, we'll take whatever we can get. (Also, if you don't swoon at "To me, you are perfect," there is something wrong with you.)

"Merry Christmas, you filthy animal." Funny how this movie is (somehow) over 25 years old, yet we haven't aged a day since its release.

Where to stream: Amazon Video, iTunes

This writer loves The Muppet Christmas Carol so much that she watches it in the off-season. No judgment.

Where to stream: HBO Now

You can't hate this sweet classic film, in any of its many iterations. (Can you?) We're partial to the 1994 version featuring the little girl from Mrs. Doubtfire.

We'll be watching this one alone on New Year's Eve, which may sound sad but if you really, really think about it, our night's going to be a lot better than yours. No?

We're not sure if Hook counts as a holiday movie, but it gives us all the feels in a warm and fuzzy, seasonally appropriate way, so we're adding it in regardless.

Where to stream: Amazon Video, iTunes

This one's great for grandparent time, unless your grandmother is anything like this writer's and inexplicably likes to watch Anchorman on repeat at the holidays.

Do you think Angelina Jolie sees the movie posters for Bad Santa 2 and wonders what she ever saw in Billy Bob the same way we do when we see pathetic Instagram posts of our lovers past? We like to believe she does, but that doesn't mean we won't re-watch the original Bad Santa this holiday season after the babies have gone to bed.

This 2014 film's dialogue is 100% improvised. It stars Anna Kendrick and Lena Dunham and might be a good option if you're burned out on the classics you've seen a zillion times.

In all honesty, "So-Called Angels" isn't the best episode of this series, but we love MSCL so much that it doesn't matter. Also, anything Ricky = swoon.

The O.C. wasn't exactly Shakespeare (and Mischa Barton wasn't exactly Meryl Streep), but you'd be hard-pressed to say a negative word about the adorableness that was Seth Cohen. Also, "The Best Chrismakkuh Ever" made the hybrid holiday—celebrated by many—a mainstream thing, and we will forever love it for that.

It's A Wonderful Life

This holiday season, more so than ever before, it feels important to remember that we're all living pretty wonderful lives. Let's worry about the future of the nation in January and just spend a few weeks being thankful, shall we?

If your holiday bonus ends up disappointing, we suggest you stream Christmas Vacation for a little catharsis (or ... inspiration?).

Elf is one of the funniest holiday films of all time. Plus, Zooey Deschanel was born to play a department-store elf, no?

This classic is adorable and creepy all at the same time. Fun fact: Basic-seeming Dolly for Sue, a doll on the island of misfit toys, was on the island because she suffered from low self-esteem and psychological issues. And here you thought this was just holiday fluff!

This movie plays into the wildest fantasies of every girl who's single at the holidays, and for that, we love it. Now if you'll excuse us, we'll be trying to find an Airbnb in England that comes with Jude Law.

Basically, all the Friends Thanksgiving episodes are magic, but "The One With All The Thanksgivings" (pictured) from season 5 is our favorite.

That guy we met on Bumble who ghosted on us after our second date is totally going to show up out of nowhere on New Year's Eve for a midnight kiss, and if you say otherwise, you're a jerk.