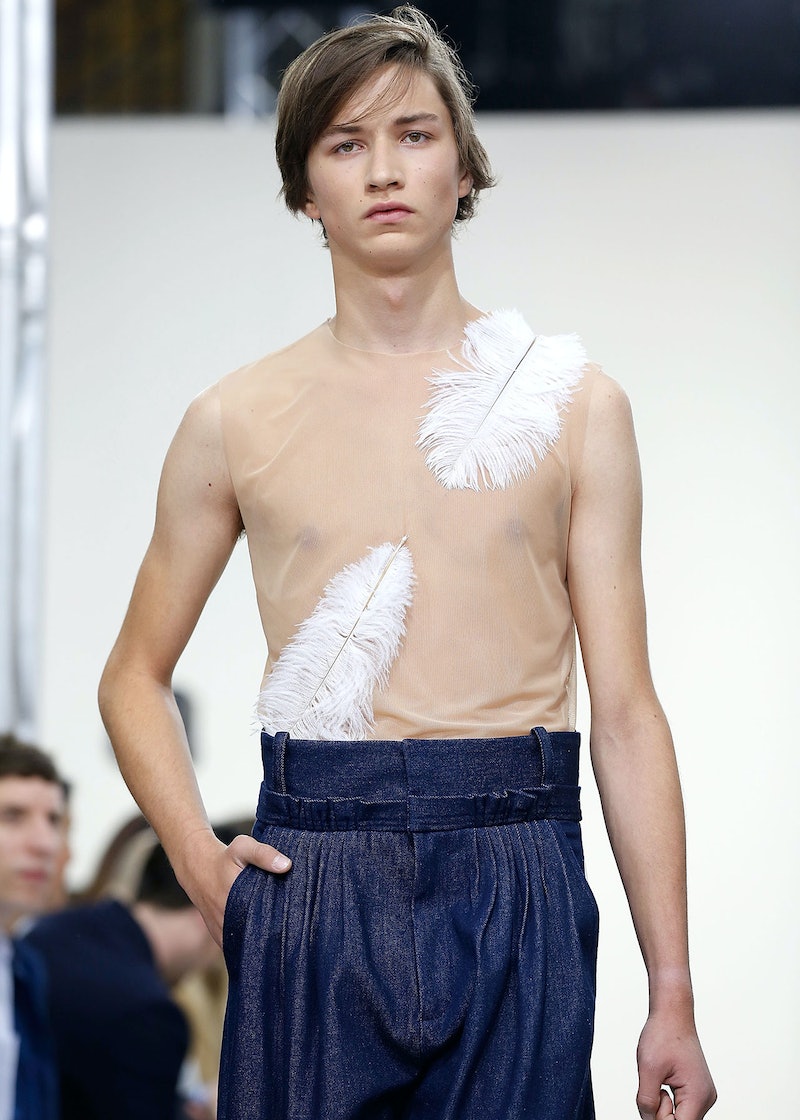 Grindr, the social-networking app best known for facilitating hookups among gay men, will make an unexpected foray into fashion this Sunday. In an unprecedented partnership with British Fashion Award-winning designer Jonathan Anderson, Grindr has acquired exclusive rights to live-stream the J.W. Anderson menswear show at the FW 2016 London Collections. The app’s users—of which there are a reported 1 million active worldwide each minute—will receive a link and a code to the show, which they can then view via the web (as opposed to within the app). This could be a risky move by J.W. Anderson, as Grindr isn’t exactly an elevated brand with which many labels would rush to be associated. However, the collaboration is also as an inspired way of participating in the increasingly critical live-stream component of fashion presentations when the bulk of one’s audience can’t be found on Periscope while also reaching those who might not be otherwise inclined to live-stream fashion shows at all. Besides, as the saying goes ‘sex sells’ and, in partnering with Grindr, one young designer appears poised to prove it.