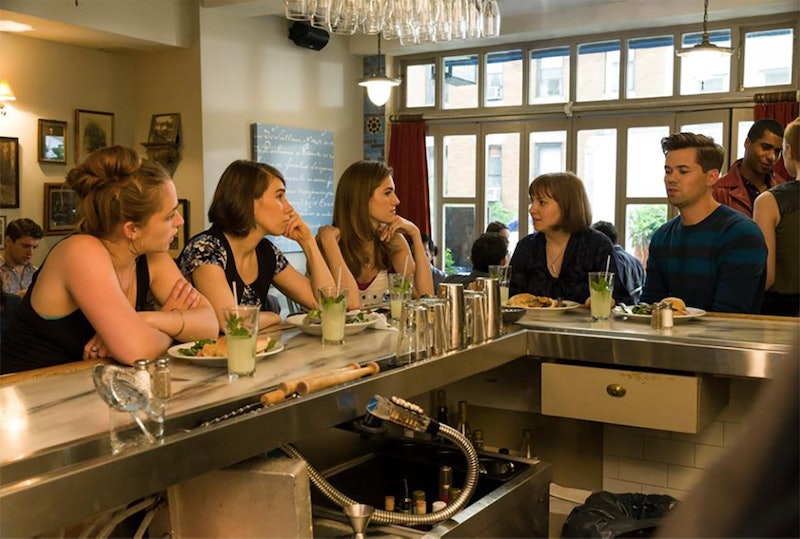 As we dragged our Coachella-weary bodies into bed last night, we watched the much-anticipated finale of Girls, and when the final credits rolled we felt…underwhelmed. We’ve come to love the weird and wonderful hot-mess that was probably the point, and it is certainly not the first time Lena Dunham has forced us to question the cultural norms we’ve been trained to accept, but ugh. At least the crew is rumored to be open to reuniting in the future for a Girls movie. Here, a few things we wish had happened. (SPOILER ALERT!)

We're worried about Jessa. Yes, she and Hannah put their grievances behind them and made up in the second to last episode, but she also recently seduced a random bar patron in a seedy bathroom in the early afternoon while crying, so things aren't looking too stable for her.

How did we not even get a montage from Elijah's opening night? A slo-mo clip of him dunking on stage would have sufficed. As one of our favorite characters on the show, his absence from the finale was painful.

We kind of wanted to see him do something embarrassing, like audition for a hemorrhoid cream commercial. He just fell off, without any clear explanation. This makes total sense, given his character, but we would have liked to seen how that really went down, mainly for Hannah's scathing response.

4. A Goodbye To The City

Remember in the last episode of Sex and the City when Carrie strolls a crowded Manhattan street? NYC is as much a character of this show as it was for that one, and it felt a little sad to not see even a grungy Brooklyn dive bar as the series wrapped.