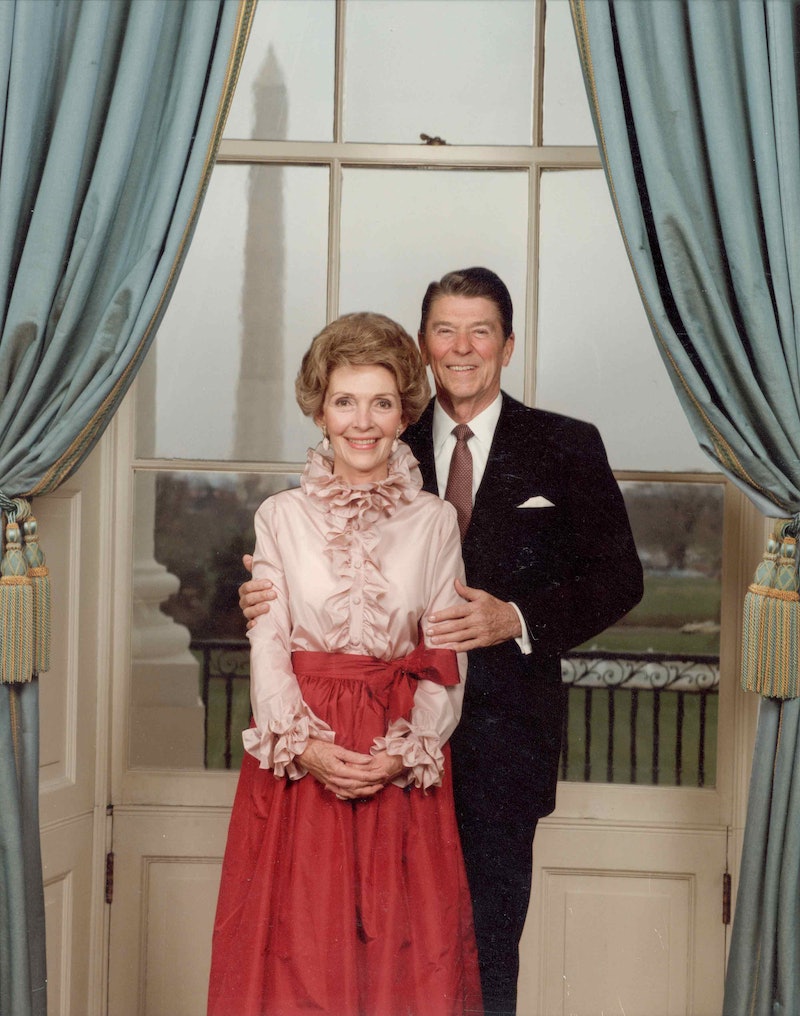 Reagan was born in 1921 and began a successful acting career in the 1940s. After briefly dating Clark Gable, Reagan married another big-screen star, Ronald Reagan, who became the 40th president of the United States in 1981. The 94-year-old was a trusted adviser to her husband throughout his career, and as first lady she spearheaded the War on Drugs and was responsible for its famous “Just Say No” campaign. She later became an Alzheimers advocate after President Reagan was diagnosed with the disease.

As first lady, Reagan’s style was often compared to that of Jacqueline Kennedy. Red was her signature color—so much so that it became known as “Reagan Red.” While her husband was in office, the first lady was responsible for a glamorous White House renovation, which included the conversion of her master closet into a beauty parlor and dressing room.

After President Reagan’s death in 2004, she remained politically active and involved with the Ronald Reagan Presidential Library, where she is to be interred. She is survived by her daughter, Patti Davis, and son, Ron Reagan.

Friends and admirers of the former first lady took to Twitter today to mourn her passing.