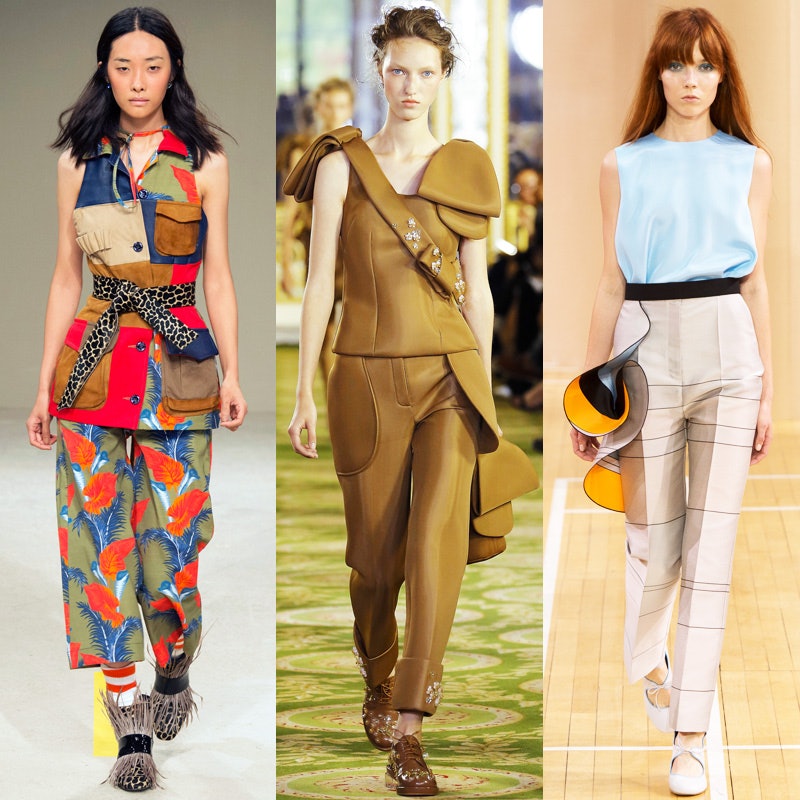 From the epic street style to the star-studded afterparties, a lot happens during London’s very brief fashion week. So in case you were too busy partying or watching the Emmys, we’ve rounded up everything you need to know. From the emerging trends to the most Instagram’d events, here are the highlights.

Despite the rain, It girls like Suki Waterhouse, Sienna Miller, Kate Moss, Cara Delevingne and St. Vincent all arrived decked in their best to support the British fashion house.

2. The Shoulders (Still) Have It

As seen at Preen by Thornton Bregazzi, Simone Rocha and Marques Alameida the shoulder-baring trend of NYFW continued in London.

3. The Most Instagrammed Moment

Sophia Webster's highly creative presentation showcased her eclectic shoe designs on models sprawled across a Venus-inspired shell set. Our feeds were instantly flooded with the visual.

No-one can compete with the Brits' ability to mash-up insane prints and colors in a fresh and funky way. House of Holland, Alexander Lewis and Jonathan Saunders proved London's prowess yet again.

The tiered beauties of NYFW were echoed all over the LFW runways including at Peter Pilotto, Erdem and Roksanda Illincic put their spin on the trend. Romance is officially back.

6. Naomi Campbell Whooped It Up With Victoria Beckham

In honor of Victoria Beckham's Dover Street store anniversary Naomi Campbell joined the celebration and romped in a pile of white balloons. Here's hoping she didn't throw a stiletto.

Florals fit for any English rose were abundant, rendered in everything from technical fabrics to feminine gowns. Some of the best were seen at Antonio Berardi, Duro Olowu and Markus Lupfer.