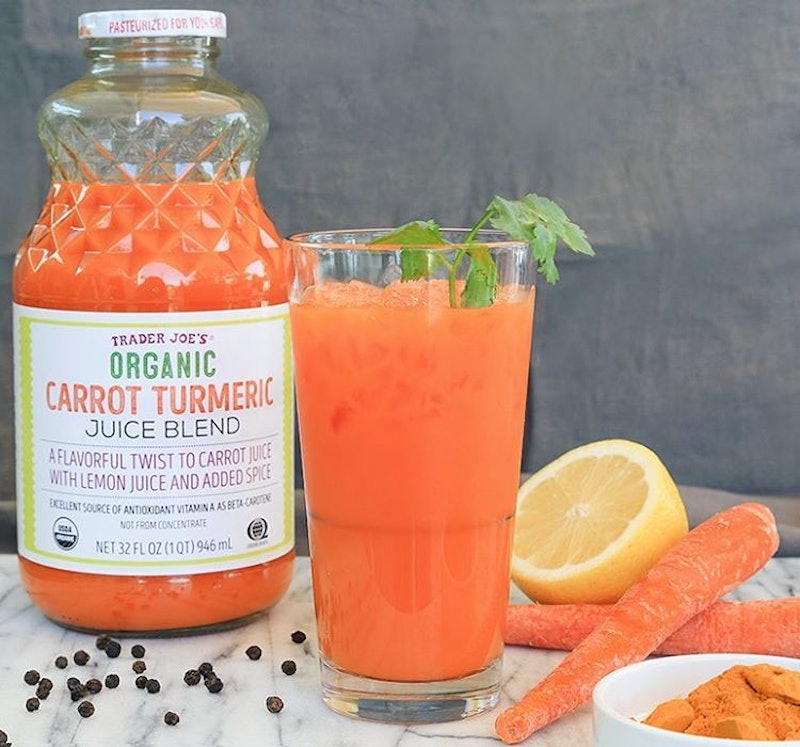 The world is a mess right now, and even five minutes spent with the news is enough to induce an anxiety attack the levels of which have never before been experienced (thanks, Kim Jong-un). So we find the fact that Eater recently ran an exposé of sorts on Trader Joe’s to be a humorous and welcome distraction, even if some people are bothered by what the story uncovered.

You see, it turns out that many Trader Joe’s products are actually familiar products made by other companies, stripped of their original identity and packaged under the Trader Joe’s name. If this seems shady to you, keep in mind that the secret arrangements which allow Trader Joe’s to do this also allow them to sell the products at a lower price than what they would go for under their original labels. If you enjoy a Naked Smoothie, for example, Eater’s research suggests the Trader Joe’s fridge-aisle smoothies are actually supplied by PepsiCo, Naked’s parent company. If you like Stacy’s Simply Naked Pita Chips or Tate’s Bake Shop Cookies, the article further points out that though they don’t have conclusive proof that those two companies supply Trader Joe’s, they insist it’s likely given the similarity of the ingredient lists of comparable Trader Joe’s products.

Even when ingredients vary, however, it’s not certain that a product is an original of TJ’s. Sometimes, manufacturers will vary a formula upon request, which may account for the results of the blind taste test conducted by Eater. While some products were difficult to differentiate between, the tasters did find that certain items known almost certainly to originate from brands like PepsiCo rather than Trader Joe’s, such as the aforementioned fruit smoothie, do not taste like the product on which they are most likely based (in this case, Naked Juice). That said, the tasters thought they actually tasted better, which means they’re twice the bargain. So, ultimately, isn’t this good news? We think so. Tate’s cookies are delicious, and the Trader Joe’s version of them are, while not better on our waistline, most certainly better on our budgets.