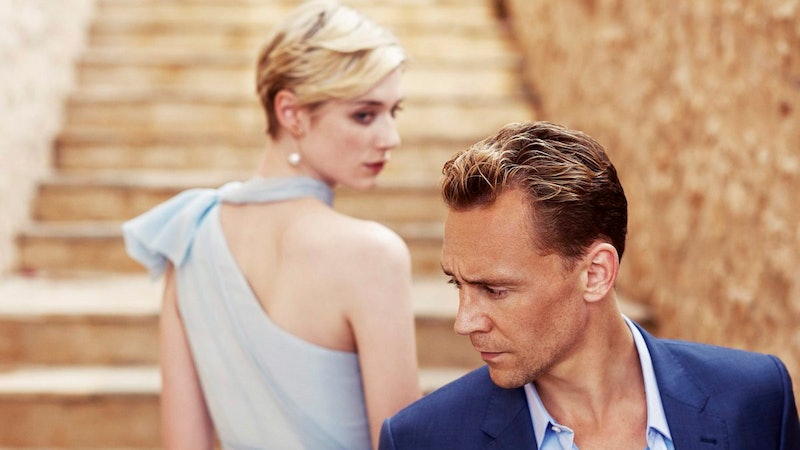 You’re probably all caught up on Emmy-nominated shows like House of Cards, Game of Thrones, Homeland and Transparent but if, for whatever reason, you’re not (you have a life, for example), we suggest you start your binging there. Otherwise, we’ve put together a list of must-watch programs you’ll see honored at this year’s ceremony on the 18th, many of which you may not have had the chance to dig into yet. (Hurry, hurry! New fall TV is already well on its way.)

We can't lie. Rami Malek is a huge part of the draw for this show—we'd let him hack into our email any day (and no, that's not a euphemism). There's more to the show than just Malek's dreamy face, however, and even Edward Snowden has approved of its authentic portrayal of life as a hacker. Apparently, the show's plot has eerily predicted a number of hacks (dare we say, caused)—including one of the affair-enabling site Ashley Madison— and has, as a result, also become popular amongst those involved in the group Anonymous. If those crazy endorsements of this show don't sell you, we don't know what will. (Rami Malek has an identical twin. Does that help?) You can watch Season 2 on Amazon with a Prime membership, while season 2 will cost you $24.99.

The Americans tells the story of a couple of KGB spies living as a married couple while embedded in the US during the Cold War of the 1980s. The show's juxtaposition of its protagonists' (anti-heroes?) "real" and secret lives is what makes it compelling, as does the knowledge that the other shoe will inevitably, at some point, drop. It's both dark and funny simultaneously, and the real-life relationship between actors Keri Russell and Matthew Rhys adds an extra layer to their onscreen chemistry—they've both also received first-ever Emmy nominations for their performances in the show. You can watch seasons 1-3 for free on Amazon with a Prime membership, while season 4 will cost you $24.99.

Master of None offers a poignant look at modern-day dating that is relevant to all singles, regardless of race; however, Ansari's show does touch quite a bit on what it's like to be a second generation American, and differences in culture do affect his relationship with Rachel (played by SNL's Noël Wells). Don't miss the episode in which Claire Danes plays a woman quite unlike any woman we've ever seen her play before. Season one is available on Netflix.

Bloodline is one of our favorite shows, if for no other reason than that Kyle Chandler is so inexplicably attractive we almost can't take it. It's an incredibly dark family drama which will pull you in, break your heart and give you night sweats. We can't say more than this or we'll ruin the show's many plot twists for you, outside of the fact that Sissy Spacek also stars in the show, which should be enough to recommend it if for some reason you do not share our obsession Coach Taylor. You can watch seasons 1 and 2 on Netflix.

When Veep first began airing in 2012, the characters it portrayed were more ridiculous than any real-life person in politics. Not so in 2016, which makes the fact that Veep continues to be funnier than reality no small feat. It's undoubtedly one of the best-written shows on television, and Julia Louis-Dreyfus deserves to continue winning all the Emmys (she's won Best Actress in a Comedy Series every year since the show debuted).

Amy Schumer: Live At The Apollo

Nominated for: Best Variety Special (note: Lemonade is also up for an Emmy in this category)

If you've already watched all four seasons of Inside Amy Schumer, you've got more homework to do. In this special, Schumer displays her signature self-deprecation with lines like, "So they got me a trainer. I saw him see me and wince. He’s walking toward me, trying to be brave, like the way you would with a burn victim.” She also, however, skewers others, including the producers who cast Rosario Dawson as Kevin James's love interest in the film Zookeeper. "The movie’s about talking animals. There’s a beaver and a penguin that are friends and talking about opening up a bed and breakfast. And that’s not the most unrealistic part of that movie." You can watch Live at the Apollo on HBO Now.

Netflix just released the third season of this critically-acclaimed docuseries, and it's all about French cuisine—we can't wait to binge on it as we simultaneously binge on baguettes. Seasons 1 and 2 are definitely worth a watch as well, however, as they center around some of the world's best chefs. We recommend you pour yourself a big glass of wine, settle into your best footie pajamas, and watch all three seasons while eating pastizza (pizza covered in pasta, as popularized by Amy Schumer's The Girl with the Lower Back Tattoo). You can find them on Netflix.

Better Call Saul is a prequel to Breaking Bad which centers around Walter White's lawyer, Saul Goodman, and the events which lead him to his involvement with White. Saul is played masterfully by Bob Odenkirk, and he's another actor who undoubtedly deserves to take home an Emmy—last year he was nominated but did not win.

If you're into alternative comedy—think Louis C.K. as opposed to Amy Schumer—this show is definitely worth a watch. It stars Zack Galifianakis as a french-trained clown looking for meaningful clown work in Bakersfield, California. Instead, he winds up at a rodeo, desperate to make art for those who don't understand his chosen artform. You can find Baskets on FXNow or Amazon.

Feminist Gloria Steinem is basically #goals personified. Last year, she released her seventh book at the age of 81 and continues to speak out about her pet cause, even utilizing both Instagram and Twitter to do so. While Viceland's Women with Gloria Steinem doesn't feature as much actual Steinem as we'd like, her fingerprints are all over the series, which she executive produced and which attempts to show how "violence against women drives global instability." You can watch it on Viceland.

Nominated for: Best Writing For A Comedy Show

It's impossible not to be charmed by this show, which features the aftermath of an accidental pregnancy that serves as a meet cute for the show's two protagonists. Catastrophe's realistic portrayal of relationships, marriage, and what happens after baby have earned it a cult following. You can watch it on Amazon Prime.

UnREAL was created by an ex-producer of The Bachelor, and it often serves of a scathing indictment of the reality series we all love to hate (to love). The woman behind UnREAL was a life-long feminist when she somehow found herself tearing female contestants down via her role with The Bachelor, and this show is her redemption. You can watch it on Hulu.

This series has been called out as being an audition of sorts for Tom Hiddleston, who hopes to be the next James Bond, but then again, so has his entire (former?) relationship with Taylor Swift. If you want to give the guy a closer study, this is a good medium through which to do it, as The Night Manager is a far more watchable spy story than are any of the recent Bond films. You can watch it on Amazon for $14.99.

This HBO drama is focused around the presidency of Lyndon B. Johnson and is based on a play of the same title. Breaking Bad's Bryan Cranston plays Johnson, who assumed the office of the president in the wake of JFK's assassination. You can watch it on HBONow.

In this Viceland series, Ellen Page and her best friend travel the world exploring LGBTQ cultures, and the challenges they face across the globe. You can watch it on Viceland.

Nominated for: Best Actress In A Comedy (Lily Tomlin)

The leads of this single-girl comedy are 77-years-old (Tomlin) and and 78-years-old (Jane Fonda), a sign that diversity in television is slowly expanding. For once, women of a certain age aren't portrayed solely as cookie-baking grandmothers but rather as whole people, and we couldn't be happier about it. (Also, whatever they're drinking, Gwyneth needs to bottle and sell it to us, ASAP). You can watch seasons one and two of Grace and Frankie on Netflix.

American Crime is a critical darling. Variety even called its second season "brilliant." Each season follows a separate legal case, critiquing modern-day American society and the justice system in the process. It's an ABC show that feels like cable, which is a rare feat. You can watch American Crime on Amazon for $19.99 per season.