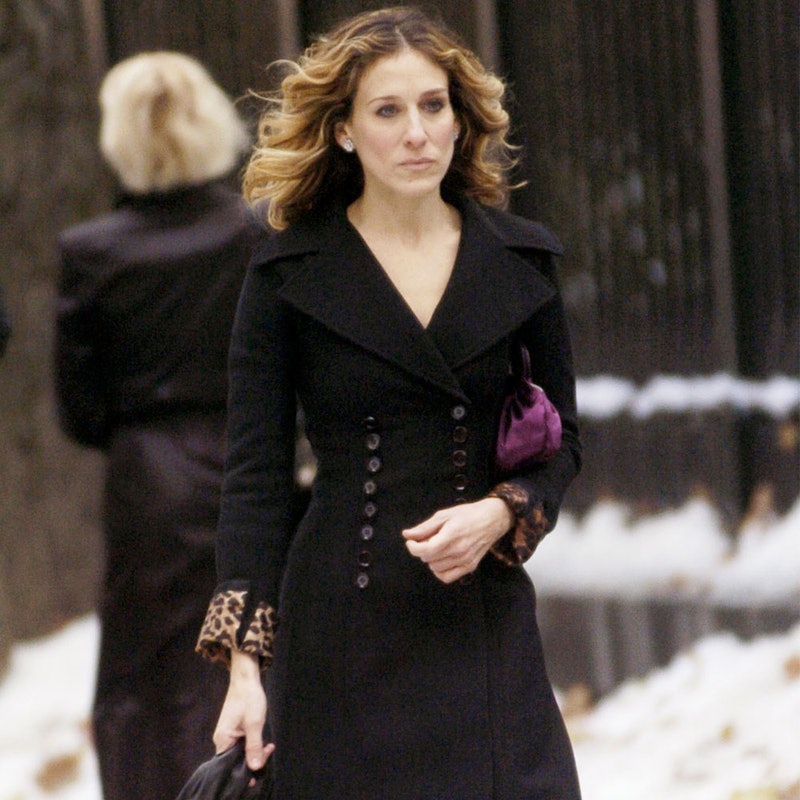 It’s been almost 15 years since Sex and the City aired its final episode, yet we continue to question just how Carrie Bradshaw was able to afford that posh NYC lifestyle. She lived in a sizable apartment in the heart of Manhattan, boasted a closet of the trendiest designer clothes, dined out on a regular basis and flagged down taxis instead of riding the subway—all on a weekly freelance columnist’s salary. To this day, the whole thing remains totally unrealistic, and although we adore 99.9% of the series, we can’t help but scratch our heads every time the subject of Carrie’s supposed wealth is revisited. Turns out, one showrunner agrees with us, albeit in defense of our favorite fictional fashionista. Episode in question: “Ring A Ding Ding,” in which Carrie essentially pressured the well-to-do Charlotte to loan her money as a down payment for the apartment she nearly lost. Rewatch it here, and try not to roll your eyes:

“If people were pissed and hated that Carrie did that, I’m okay with that,” screenwriter and producer Amy Harris told CNBC. “Sarah Jessica and I talked about this: We believe [Carrie] paid [Charlotte] back. It was a loan, not a gift, so she did have to learn to save a little, to not spend everything on shoes and clothes.” (In all fairness, she did try to get a loan from the bank, where she dejectedly learned she had only $700 in her checking account and $957 accumulated in savings.) But while we never actually got to see her writing those reimbursement checks at the end of each month, Amy explained that Carrie “had to acknowledge all the sh**** choices she’d made and the fact that she hadn’t saved a penny and that was a big mistake, and so she was living with that.” Her wardrobe in the next season begged to differ, but who are we to judge? After all, we also like our money right where we can see it—hanging in our closets.