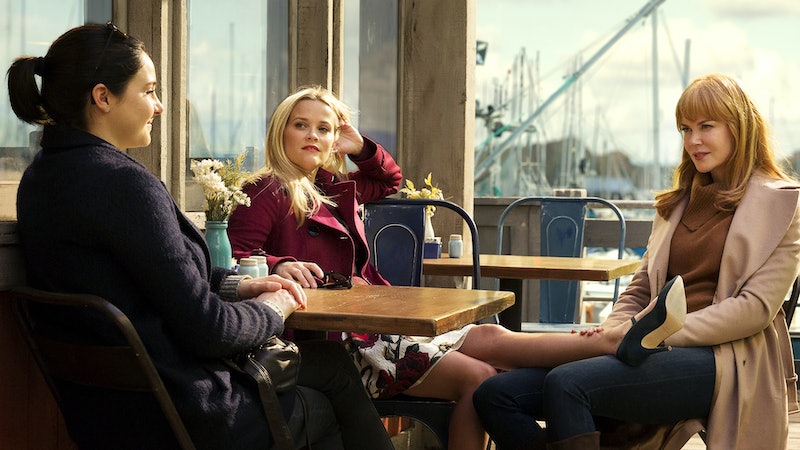 On Thursday morning, Big Little Lies more or less swept the Emmy nominations announcement, garnering a total of 16 nods from voters. Many of the show’s main players, including Nicole Kidman, Reese Witherspoon, Laura Dern, Shailene Woodley and Alexander Skarsgard, received nods, which may make it awkward between the eventual losers and winners—though we have a feeling that this all-star group will handle the whole thing with class and cheer each other on regardless. Best Actress nominee Nicole said as much, in fact, in an interview with the Los Angeles Times. “I think we see it as a union. We’ve always been a team, we will always be a team. This is a sweet spot for all of us.” She shared similar sentiments with EW as well: “It’s a shared victory and a shared joy.”

When asked about season two, Nicole chose her words carefully. She told the Los Angeles Times, “We’re hoping to put together a second series of it. It’s moving. We’re all very particular. We only want to make it if it’s as good or better, we don’t want to make another season if it’s not. So, we’ll see.” And she said of the Emmy acclaim, “It inches us closer,” meaning there’s now a greater likelihood the second season will happen, but still no promises.

Our question: How can a sequel season be anything but good? The cast is incredible and the characters they play have clearly captured our collective imaginations, while the complex storylines have illuminated issues like domestic abuse in new and meaningful ways. We have a feeling they’ll figure it out, if for no other reason than that the group loves working together and will do whatever it takes to see that it happens again. “This really feels like one of those moments—we’re going to really enjoy this,” Nicole told EW. “It started with friendships and the friendships are strong. We’ll all be there [at the Emmys] holding hands.”