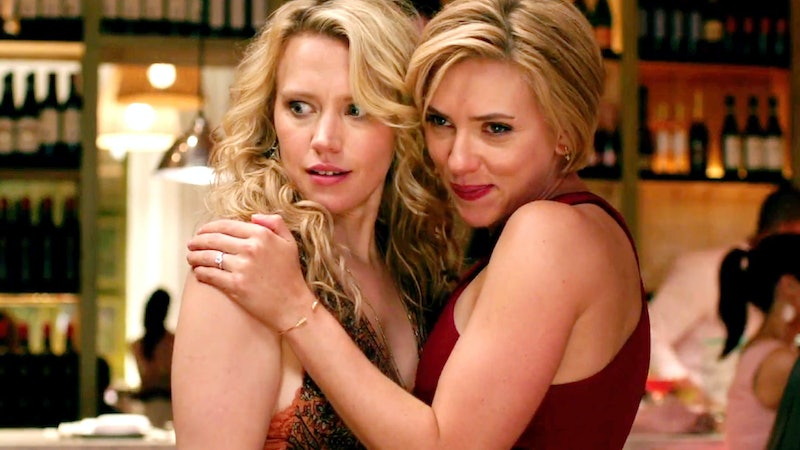 It’s been awhile since we were super excited about a box-office lineup. Outside of Wonder Woman, in fact, it’s been nearly impossible for movie theaters to draw us away from our TVs. That might change this summer, though, as Wonder Woman appears to be the tip of the iceberg when it comes to female-oriented films hitting the theaters. Here, seven other movies worth checking out when you need a break from the beach.

We urge everyone to go and see this movie, as it's the first R-rated comedy directed by a woman in 20 years (a Broad City writer, to boot). The premise of this film is somewhat akin to that of The Hangover, but darker, and the cast is basically a dream-team consisting of Scarlett Johansson, Broad City's Ilana Glazer, Workaholics' Jillian Bell, SNL's Kate McKinnon and Zoe Kravitz. Rough Night hits theaters on June 16—you can view the trailer here.

This movie feels very recycled from last year's Blake Lively blockbuster The Shallows, right? But that's probably not going to stop us from buying a ticket to watch Mandy Moore (we assume) narrowly escape death by Great White. Even the trailer of this film gave us a panic attack, so we're not sure if we're brave enough to watch the whole thing, but if you are, 47 Meters Down debuts on June 16—you can view the trailer here.

In this film, Amy Poehler and Will Ferrell star as desperate parents who turn to a life of crime in order to pay for their daughter's college tuition. To us, the premise is a bit silly, but The House looks hilarious regardless. Also, we want to come back in our next lives as people whose parents are these two. The House premiers on June 30—you can watch the trailer here.

This may sound like another version of Rough Night, since it's about a group of women who rekindle their friendships over a wild weekend. Here's the thing: Hollywood only greenlights movies it thinks will hit it big, so it makes sense that they've decided that female-centric versions of the uber-successful Hangover franchise are the way to go. In any case, this one stars Queen Latifah, Jada Pinkett Smith, Regina Hall and Tiffany Haddish, and has a release date of July 21. Watch the trailer here.

Early reviews on this film haven't exactly been stellar—but, we're all about supporting female-led action flicks, and Charlize will forever be a favorite of ours. She stars in Atomic Blonde as an M16 agent stationed in Berlin just before the fall of the Wall. It comes out on July 28, and you can view the trailer here.

If you haven't yet read this book, we highly suggest you do so immediately, if not sooner. The highly anticipated film adaptation stars Brie Larson, Woody Harrelson, Naomi Watts and Max Greenfield, and it's sure to be a tearjerker. The author of the memoir, in fact, told Entertainment Weekly that she began to weep upon seeing Woody Harrelson in character as her alcoholic father. We are waiting with baited breath for this one, which opens on August 11—you can watch the trailer here.

All we even really needed to hear about this film was that it was written by Tom Stoppard and stars Alicia Vikander, but there's ever more good stuff going for it. Other cast members, for example, include Zach Galifianakis, Judi Dench and Cara Delevingne. Tulip Fever, based on the book of the same name, is out on August 25. You can watch the trailer here.