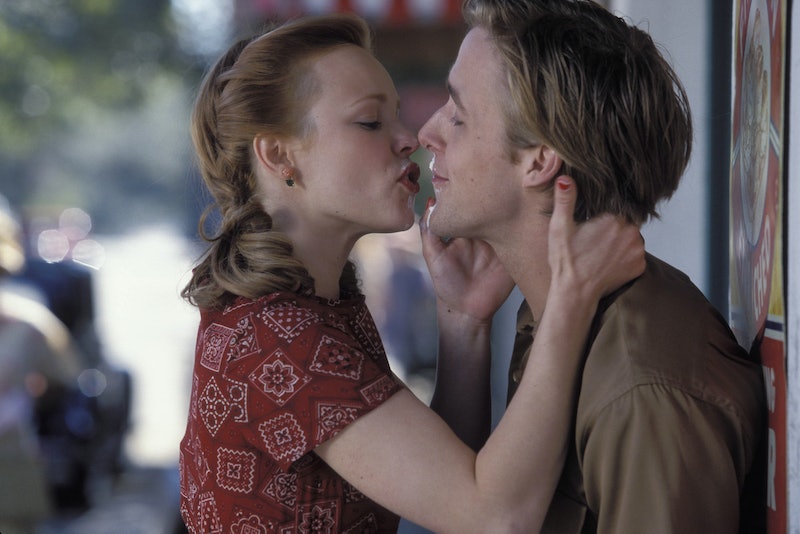 We’ve seen nearly every one of the thousands of cult romantic films ever made, so narrowing them down was a tough task. The movies on this list are those we revert to when we want to feel that over-the-top, hyper-dramatic version of love we all think is what the real thing will feel like when we find it (and sometimes, it is!). Here, five swoon-worthy flicks to make you weep and reach for your loved one (or Raya) this Valentine’s Day.

What could be more romantic than a love story set around the greatest love story ever written? The answer is nothing, save maybe the moment at which Steve and Miranda meet on the bridge at the end of the SATC series. This '90s film features our beloved Gwyneth, whom we'd love to cajole out of retirement, her once-upon-a-time beau Ben Affleck, Dame Judy Dench, Colin Firth and Joseph Fiennes, who these days is drawing the ire of just about everyone with his upcoming portrayal of Michael Jackson but back then was dreamy AF. All in all, this is the type of film that set us up for disappointment in our adult relationships. We love it (and re-watch it frequently) nonetheless.

This one can be divisive, but we like to revisit it when we feel ourselves getting too cynical—this version of the classic reminds us of our youth, of first love and of the days when we had a poster of Leonardo DiCaprio taped above our bed. The fish tank scene is basically everything that connection via a dating app can never be, the meet-cute of our dreams, which makes us even more nostalgic for simpler and perhaps more romantic times. Plus, Paul Rudd.

It's true (for us, anyway) that The Notebook is the all-time tearjerker—you'd have to be carved from stone to sit through its ending and not weep like you did the day you were born. Still, Love Story holds its own in terms of its ability to invoke a good cry. Sure, it's a little sappy (e.g., "Love means never having to say you're sorry"), but it also depicts the type of über-tragic young romance we've all secretly fantasized about at one point or another. Remarkably, it's one of the top grossing films of all time.

Something about this movie is just so darn sexy without ever really being about sex. The lift scene, the cabin scene, the scene in which they're crawling across the floor to each other ... we're getting flushed just thinking about it. Whose teenage dream did not involve some version of this scenario with an older bad boy? We're guessing your IRL attempts at re-creating the Johnny-Baby dynamic didn't end with a public declaration of love via dance, but that's the magic of movies.

The Last Of The Mohicans

This may seem like an odd choice (what, no Casablanca?), but there's something about Daniel Day-Lewis saying "No matter where you go, no matter how far, I will find you," that makes us wish (rather politically incorrectly) we were a damsel in distress circa the 18th century. Also, when his brother's "girlfriend" (spoiler alert!) jumps to her death rather than be without him, we momentarily forget the fact that we wouldn't even give up Netflix for a modern-day man.