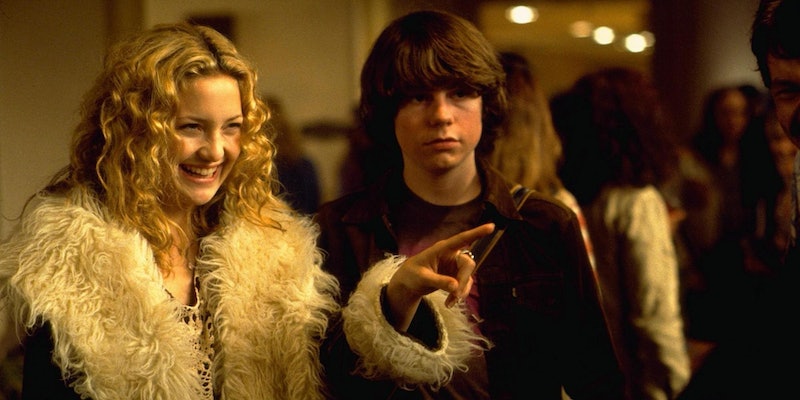 Every so often, the legacy of a film is eclipsed by its soundtrack. Such is the case with the following movies, which—while not necessarily possessing the best compilations of all time—can be found in the iTunes library of almost every TZR staffer. Here, eight soundtracks we think every woman should own.

We're embarrassed to admit this, but we still get worked up when we hear "Lady Marmalade" (Lil' Kim! Christina! Pink!)—it's just a fun song, no matter how non-pop you are. And it's not the only star of the soundtrack, which also includes unforgettable re-imaginings of The Police hit "Roxanne" and Elton John's "Your Song." Our favorite tune from the whole shebang is "Elephant Love Medley," which is a mash-up of epic love songs like "Silly Love Songs," "Up Where We Belong" and "I Will Always Love You." Now, try not to put that on blast right now in your office—we dare you.

We're totally not old enough to remember music of the mid-'90s (wink, wink), but if you are, this record is a must. It's got The Cranberries, Toad the Wet Sprocket, Better Than Ezra and, of course, Gin Blossoms' "Til I Hear It From You." Note: Not included in the official soundtrack, sadly, is Rex Manning's "Say No More (Mon Amour)." However, you can watch it here.

Any movie specifically about the music business better have a soundtrack to match its subject matter, and Almost Famous definitely succeeds in making songs a part of the story. The "Tiny Dancer" scene is iconic, and we're not mad at the film's inclusion of songs by Led Zeppelin, Simon & Garfunkel, David Bowie, Cat Stevens, The Beach Boys and more, either.

Even if this 2001 film weren't one of our all-time favorites (which it is), we'd still have to tip our hats to its soundtrack. Featuring Bob Dylan, Nick Drake, Nico, The Clash, The Ramones, Elliott Smith and more, the record is so epic that it was re-released just a year later to include tracks from John Lennon and Paul Simon.

You know you own this little indie-music sampler, which became so famous that it made cool music uncool. This soundtrack might be a bit of a joke nowadays—as is the film—but we'll always have a soft spot for its carefully curated tunes from The Shins, Iron & Wine, Thievery Corporation, Zero 7 and Coldplay.

Jack White's version of U2's "Love Is Blindness" is a masterpiece, and it basically made the movie trailer irresistible. We also love Beyoncé's cover of Amy Winehouse's "Back to Black," Emeli Sandé's take on Bey's "Crazy in Love" and, perhaps begrudgingly, Lana Del Rey's "Young and Beautiful."