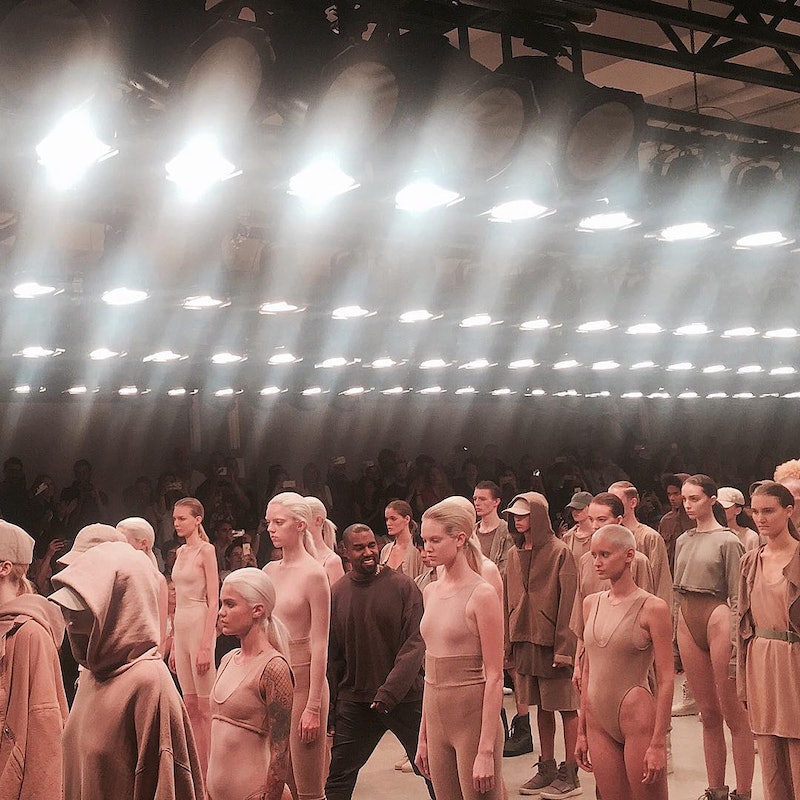 Kanye West’s Yeezy Season 2 show created quite the hype this NYFW. It not only had one of the most insane front (and second) rows, filled with celebs from Anna Wintour to Tyga, but was also planned extremely last-minute, even scheduled over other designers’ shows. But what would a good Kanye event be, fashion or music alike, without a little controversy? The collection was filled with dismantled garments of monochrome nude and and minimalist separates (think knit leggings, crop tops and bodysuits) and of course, some sick sneakers. The soundtrack to the show ended with the release of a new Kanye song that we’re sure will soon be repeating on radio stations around the globe. Here, 10 Instagrams that completely captured the vibe of the show.