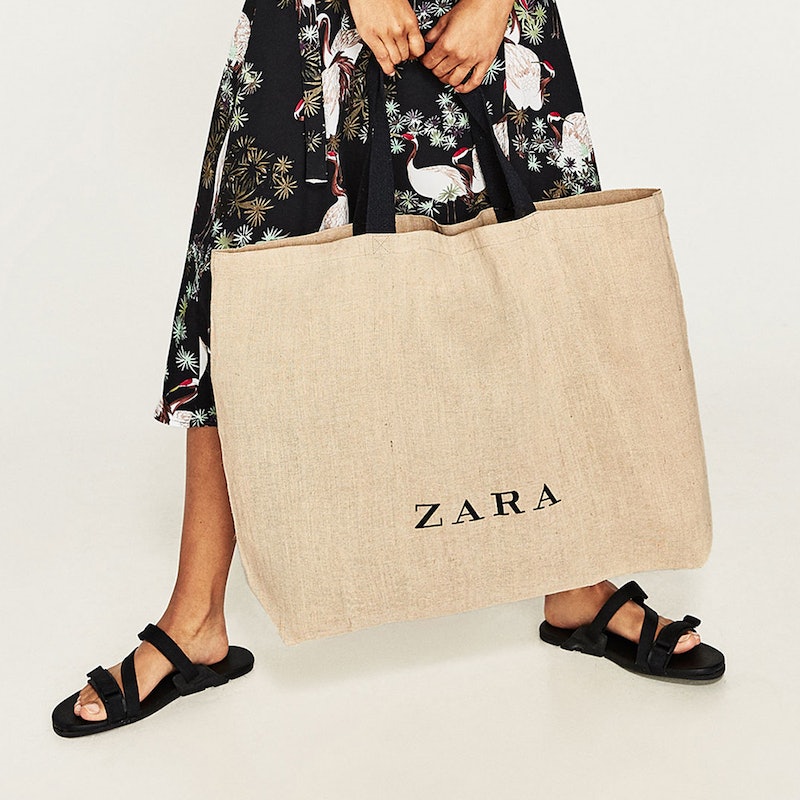 We’re never shy about our devotion to all things Netflix, Hulu, Amazon and the like. So, understandably, when a new documentary hits our radar, we’re all ears, er, eyes—especially if it covers anything style related. The new Zara doc, for example, is reigniting our passion for fashion (excuse the cliché phrase, we couldn’t help ourselves) in that it chronicles the meteoric rise of the affordable retailer. To jump-start your weekend, here’s a roundup of the best fashion documentaries that’ll give your movie nights a serious makeover.

Zara: The Story Of The World's Richest Man

Fast-fashion girls everywhere, listen up. Zara: The Story of the World’s Richest Man will be released this fall, giving you an exclusive look into the inner workings of one of our favorite retail giants as well as its founder Amancio Ortega, who reportedly earns $761 each minute. (NBD.) Get a sneak peek here.

Manolo: The Boy Who Made Shoes For Lizards

An exploration into the life and work of the man whose name is synonymous with Carrie Bradshaw's closet essentials, Manolo paints an intimate portrait of legendary designer Manolo Blahnik. The biopic, to be released in NYC on September 15, includes interviews with top insiders, editors and celebs (think Anna Wintour, Naomi Campbell and SATC author Candace Bushnell—the list goes on). Watch the first official trailer here.

Diana Vreeland: The Eye Has To Travel

The Eye Has to Travel may be one of our favorite films of all time—we put it on whenever we're in need of a little pep talk of sorts, as Diana Vreeland has so many inspirational and motivating things to say. The late Harper's Bazaar and Vogue editor was responsible for publishing the first photos of both Twiggy and the bikini, if that gives you any sense of her impact on the fashion industry as well as on pop culture in general. You can find The Eye Has to Travel on Netflix.

According to those interviewed, Yves Saint Laurent, who suffered from depression, was happy only two days per year: those on which his collections were shown. This documentary, the third made about the designer, focuses largely on his relationship with his longtime partner (in business and life), Pierre Bergé, and is based on memories from Pierre himself. L'Amour Fou is available on Netflix.

Mademoiselle C follows former French Vogue editor Carine Roitfeld as she leaves the publication after a decade to start her own magazine, CR Fashion Book. The film is a must-watch for anyone as obsessed with Carine as we are—it's available to stream on Netflix.

If you can't help but feel that designer goods are overpriced so as to be elitist, The True Cost may be worth a watch. It documents all that goes into making the inexpensive pieces we all love from fast-fashion chains—many of which rip their designs from the runway—and the revelations are not pretty. You can stream The True Cost on Netflix.

This film follows the inimitable Anna Wintour and the Vogue staff as they produce the September 2007 issue of American Vogue—if you're going to pick one film from this list to watch, The September Issue should be it. You can stream the documentary on Amazon for free with a seven-day Tribeca Shortlist subscription.

Ultrasuede: In Search of Halston

This film chronicles the rise and fall of designer Roy Halston Frowick, who rose to fame after dressing Jacqueline Kennedy for the presidential inauguration of her husband in 1961. You can watch it on Netflix.

Scatter My Ashes At Bergdorf's

We love that someone had the chutzpah to make a feature-film-length love letter to a department store—we feel this director so hard. You can stream Scatter My Ashes at Bergdorf's on Netflix.

We may not be sure why we're fascinated with models, but we are. Chasing Beauty presents us with the startling statistic that 25% of American women would rather win America's Next Top Model than a Nobel Peace Prize. (Yikes!) You can stream Chasing Beauty for an insider look at the modeling industry, now on Netflix.

This film follows Isaac Mizrahi as he designs and shows his 1994 collection. The way in which he's depicted by the filmmaker—who was also his boyfriend at the time—was so unsavory to the designer that the couple split after its release. You can stream Unzipped on Netflix.

This film enters into the house of Dior as Raf Simons is installed as its new artistic director. He was given only eight weeks to put together his first collection, and we break out into hives just thinking of the pressure under which he must have been as a result. You can follow his journey by streaming Dior and I on Netflix.

As with L'Amour Fou, this film explores an iconic fashion designer's relationship with his business partner and companion—in this case, Valentino Garavani and Giancarlo Giammetti. It also lives up to its lofty title, with evidence of excess to which we could only dream, including the fact that Valentino travels only by private jet, his six pugs in tow wherever he goes. You can stream Valentino: The Last Emperor for free on Amazon with a seven-day Sundance Now Doc Club trial subscription.

"You're not pretty and you'll never be pretty, but it doesn't matter. You have something much better. You have style." These are the famous words uttered at Iris Apfel by Frieda Loehmann (of Loehmann's department stores) and, though we happen to think Apfel is beautiful, all we can say to the sentiment of this statement is amen. The fashion icon is now 94 years old and going strong, which is why this 2015 documentary about her is so inspiring to watch. You can stream Iris on Netflix.

In this film, Jeremy Scott disparages the critics who have long disparaged him, saying, "I don't think I've ever seen a statue of a critic." The documentary follows the expansive trajectory of his career despite their critiques, from small-town Missouri to his installation as the creative director of Moschino. The designer was also famously rejected from FIT. You can stream The People's Designer on Netflix.

The Future Of Fashion With Alexa Chung

We'd probably watch Alexa Chung recite the dictionary, so you can imagine how keen we were to watch The Future of Fashion. In the six-part series produced by British Vogue, Alexa explores her own experiences in the fashion business and interviews other key figures, including Olivier Rousteing, Christopher Kane and Paul Smith. You can stream the series here.