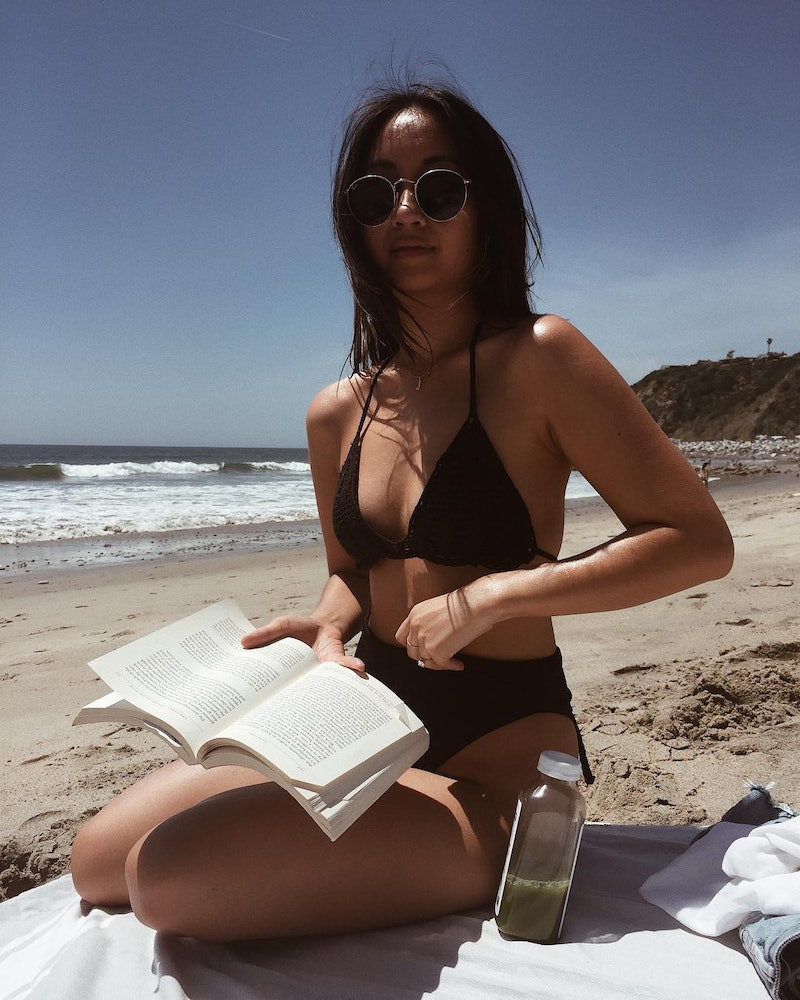 While we aren’t looking to read Infinite Jest on the beach, the books you take on vacation don’t have to be completely vapid, either. Sometimes you want a light, fun read, and sometimes you want something digestible yet thought-provoking. Here, a good mix of both to download or order in advance of your upcoming warm-weather getaways.

Reading Is Still A Thing

We love a good peek-behind-the-curtain type of novel, and this one does not disappoint. Set in the world of celebrity journalism, reporter Ella Warren secretly spies on the biggest stars at LA hotspots for the magazine, The Life. When Ella's new boss applies pressure on her to find an exclusive story or lose her job, her life becomes intertwined with a Hollywood scandal. In addition to the fascinating secrets of the rich and famous, a family crisis and a new romance add to the glitzy drama in the debut from real life journalist, Abby Stern. If you love The Devil Wears Prada, According to a Source is a summer must-read!

According to a Source: A Novel

We absolutely adore this memoir, which delves into the fascinating life of former Vogue Paris editor Joan Juliet Buck. It's not short on scandal or stars—her best friend since childhood is Anjelica Huston, and Manolo Blahnik was "matron of honor" in her wedding—but what makes this book most compelling is the author's melancholic introspection about the extraordinary and unexpected twists and turns of her own story.

The Price of Illusion: A Memoir

We know what you're thinking—this sounds like something you were assigned in your women's studies class in college, and not something you want to read while on vacation. However, we would argue this is an incredibly quick and extremely compelling read that we sort of wish was compulsory for all women.

If you haven't read this book (or haven't read it in a while), we highly recommend you pick it up, regardless of whether or not you're watching the new Hulu series. It's dystopian, but some of what the author wrote about back in 1985 doesn't actually feel that divorced from reality these days, which is why we think there's no better time for this novel's revival than now.

We were given a sneak peek of Amazon's new Jill Soloway series that's based on this book, and we think it's one of the best pieces of art we've had the pleasure of viewing in quite some time. The semi-autobiographical book made quite the splash when it was released in 1997 as an exploration of the female gaze.

We are huge fans of British journalist Caitlin Moran, and love that her collections of columns usually range from inane pop culture rants to serious political thought-pieces. She can make just about anything funny while still making you question the systems on which society is built—no small feat.

We don't mean to beat the proverbial dead horse when it comes to recommending feminist texts while on vacation, but Rebecca Solnit is an author with whom we suggest you become acquainted. If you're looking to feel inspired toward action, or at least engagement, we suggest you start here.

The Mother of All Questions: Further Reports from the Feminist Revolutions

Author Erin Chack cut her teeth writing amusing listicles for Buzzfeed, and though she goes much deeper here than she did there, this is one of the lighter reads on our list. Expect anecdotes about romantic relationships, menstrual cups and other such universally relate-able, female-centric topics.

This Is Really Happening

This novel follows the realistic struggles of a modern-day single, childless 39-year-old woman who starts to feel closer to a former bestie, but only once the friend's husband leaves her. It's a read that will ping moments of recognition for anyone outside of her 20s.

No beach-read list is complete without a Sophie Kinsella book, so we're going to go ahead and include her latest novel, which explores the ways in which real life looks nothing at all like the perfect Instagram feeds that are meant to represent it.

My Not So Perfect Life: A Novel