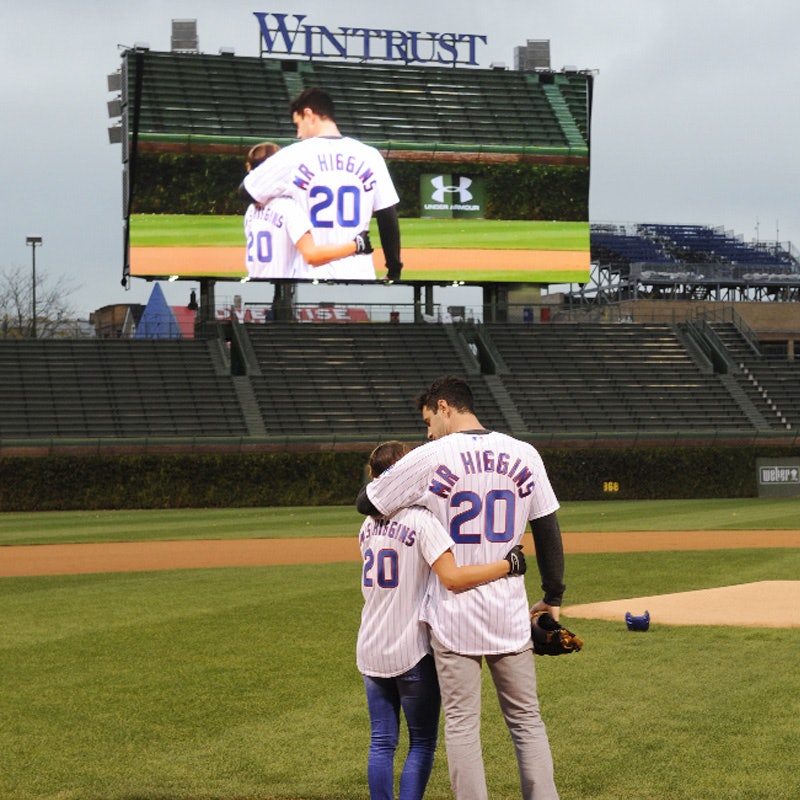 With just a handful of women left, things are getting serious on The Bachelor (dun dun dun). As Ben is faced with hard decisions and tough rose ceremonies, we delight in the drama. Below, a recap of our favorite moments from this week’s show.

Ben showed the ladies around his quaint hometown of Warsaw, Indiana, which included a warm welcome from the close-knit community and activities revolving around sports (this is the Heartland, after all). Lauren played basketball with Ben and a father-like figure dubbed the "half-court king of Warsaw" (plus some members of the Pacers), while Jojo hopped over to Chicago to catch some pitches in Wrigley Field. While both duos make for a mighty cute couple, we have a hunch that Lauren's got a leg up on her competition (attacks on her character notwithstanding).

Chalk up Ben and Amanda's date to nothing more than a weird, shameless plug: The two visited Warsaw's local McDonald's as it apparently holds nostalgic value for Ben. They served up orders to drive-thru customers and ate French fries Lady and the Tramp-style. Again, romance! For this little stunt, we hope they both received free all-day-breakfast vouchers, valid until the end of the time.

Oh, sweet Emily—the bubbly 23-year-old spent an afternoon with Ben and his parents during which she suffered a cringe-worthy bout of word vomit. Clearly nervous about making a good impression, she overcompensated by talking about her hopes and dreams (to be a Broncos cheerleader), her love of ducks and wanting to make babies immediately. (Ben's mom, clearly overwhelmed/perplexed/questioning her son's judgment, cried after their conversation.) The date ended with Ben sending her back to Vegas—on the bright side, at least she's back with her real soul mate, her twin.