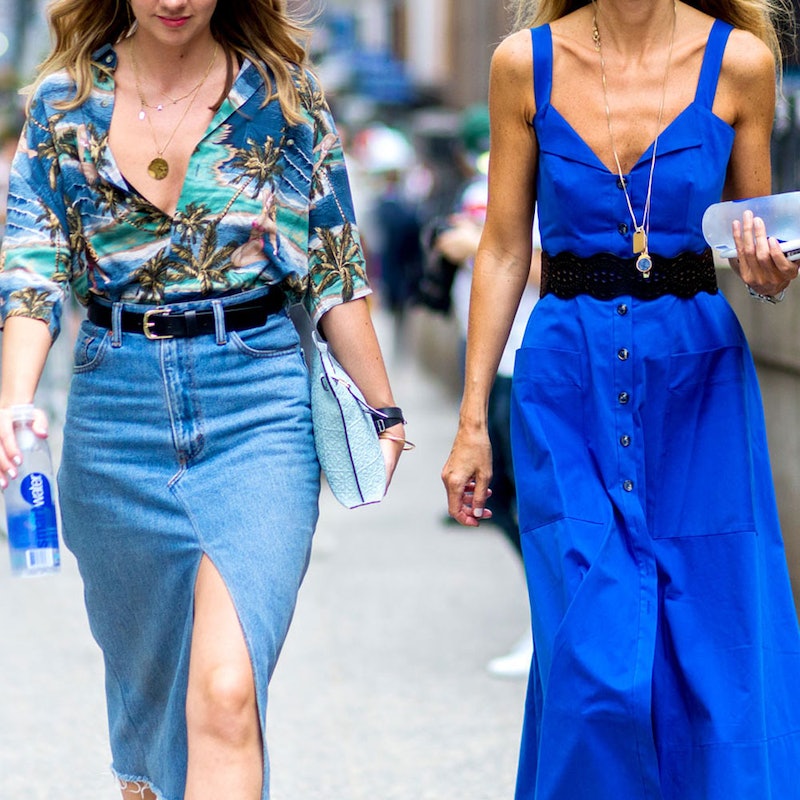 Last year, an industry report revealed that models over the age of 50 were the least represented group of people on the runway, even more so than different races, sizes and gender identities. The tide turned last spring, when 11 older models appeared on catwalks and 22 were featured in ad campaigns. Now, we’ve become almost used to the appearances of veteran supermodels as they make their way back to center stage.

While this New York Fashion Week introduced both rising stars and current pop-culture fixtures (hello, Kaia Gerber and Gigi Hadid!), it also brought back memories of modeling’s golden age—a time when the supers went by first names only (Christy, Claudia, Linda, Naomi) and sometimes became even more recognizable than the brands they represented.

They were seen both on and off the catwalk, like at Hollywood celebs' dinner parties and on city streets with NYC stars. And once again, they're now making waves on the party scenes: At Tom Ford’s extravagant Fall 2016 show, Carolyn Murphy, Liya Kebede and Amber Valletta were invited to walk the runway. Legendary supermodel and activist Iman was tapped to front the Kenzo x H&M campaign, which will officially launch in November. And the famous “trinity”—Naomi Campbell, Linda Evangelista and Christy Turlington—were photographed together as they reunited for a new campaign against elephant poaching.

And those three aren't the only supers who are also getting active behind the scenes. Earlier this month, Claudia Schiffer released her own 40-piece collection of luxe knitwear. And while attending events to support their up-and-coming model daughters, Cindy Crawford and Uma Thurman have managed to steal the spotlight at high-profile shows throughout fashion week.

Since the older demographic makes up most of the world’s consumers, it’s not a surprise that brands have started using familiar names to sell their products. Many fashion houses, like Balmain and Calvin Klein, have capitalized on the so-called “originals” to bring more recognition and professionalism to their brands.

But this revival of legendary models doesn’t come without competition. While younger faces-of-the-moment like Cara Delevingne, Jourdan Dunn and Karlie Kloss have already become industry regulars, the real challenge for all models is trying to stand out beyond Hollywood A-listers, who continue to land major ad campaigns and magazine spreads.

"Models are not really getting covers now, and they’re not getting the big cosmetics contracts, and that’s where the money is. It’s actresses and singers and reality TV people,” Cindy Crawford said in an interview last year.

"Diversity has improved not only in race, gender and body types, but also in age."

Yet runways have never looked more different than they do today. Diversity has improved not only in race, gender and body types (cue this season's J.Crew and Christian Siriano shows), but also in age. And unlike Kendall Jenner’s and Gigi Hadid’s giant followings, the strong suit of seasoned supermodels lies in their ability to maintain classic looks that appeal to the masses—from Amber Valletta’s ‘70s-style silk velvet gown by Tom Ford to Veronica Webb’s contemporary black unitard at Yeezy Season 3.

The modeling world has gone through many shakeups, which isn’t too surprising since it's an industry that's always rewarded the survival of the fittest. Only time will tell if this shift continues to permeate the industry: For what it's worth, we hope it does.