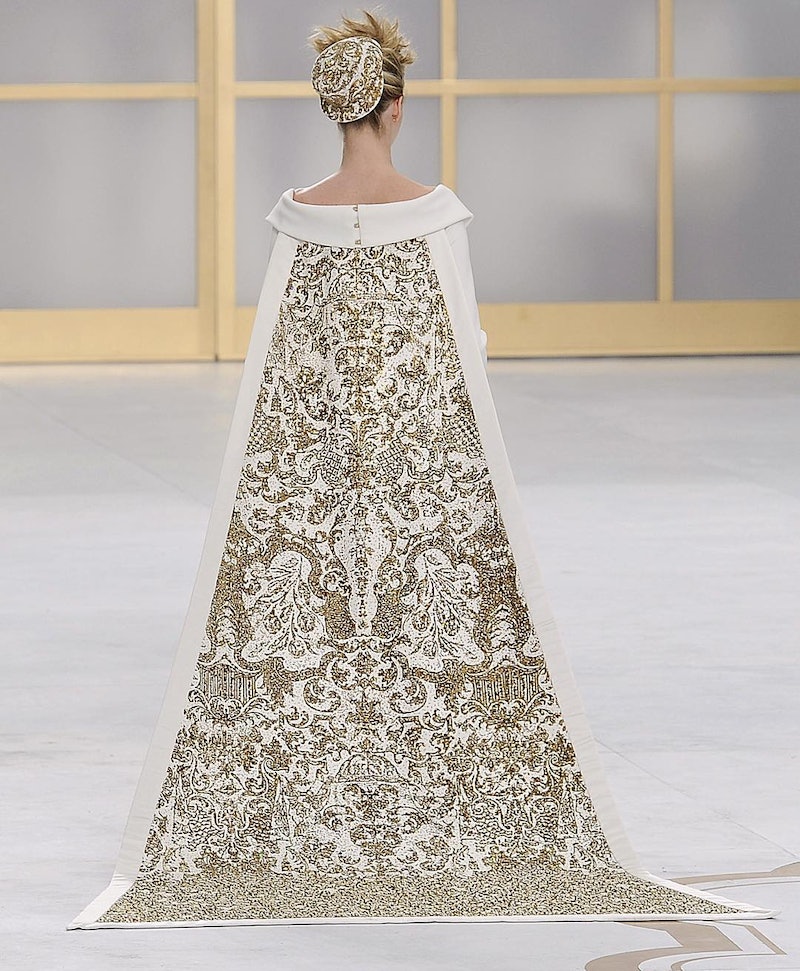 We will go out of our way to see any museum exhibit focused around fashion, if for no other reason than to give the middle finger to all those people who don’t consider our favorite form of self-expression to be art. Here 5 chic exhibits that are currently on our must-see, will-hop-on-a-plane-if-necessary hit list.

What: This exhibition from The Costume Institute will explore the impact of new technology on fashion, and will explore "how designers are reconciling the handmade (manus) and the machine-made (machina) in haute couture and avant garde ready-to-wear." It will feature more than 1000 ensembles dating from 1880 to 2015.

Where: The Metropolitan Museum of Art

What: A multisensory exhibition serving as "an enchanted journey through the House of Chanel’s creativity." The show begins with a stroll through an English contemporary garden (landscaped by this year’s RHS Chelsea Flower Show winners), and includes a room heady with the scent of Chanel No. 5, awe-inspiring re-editions of the “Bijoux de Diamants” jewelry collection from 1932, a film imagining a conversation between Karl and Coco and, of course, 12 iconic haute couture looks from the Chanel archives.

What: Curated by Olivier Saillard, this exhibition features iconic Louis Vuitton pieces dating back to the company’s beginnings and spanning to its present day designs.

Where: The Grand Palais

What: This exhibition used Alber Elbaz’ work at Lanvin "to explore the relationship between photography and fashion and celebrate the art and craftsmanship of clothes-making." It features photography from the likes of Mark Leibowitz and Alex Khoo as well as original sketches by Elbaz and linen maquettes of outfits, but you’d better hurry off to Paris if you hope to catch it before it closes (on Halloween).

What: This show, which showcases the work of emerging artists living in the New York metropolitan area, includes work by contemporary designers Mike Eckhaus and Zoe Latta, Mary Ping and Susan Cianciolo.

What: This exhibition of the Dutch designer’s work will feature 45 ensembles from various collections and include some of the first-ever 3D-printed fashion.

Where: Atlanta’s High Museum of Art

What: Though not technically centered around fashion (instead, Elizabeth’s Taylor’s efforts to raise awareness for AIDS), this exhibit promises to be, as a result of its subject, inevitably fashionable. If you can’t make it to London before its November 7th end date, don’t worry: the show will tour thereafter.

When: Now through November 7

What: This exhibit, which "considers the cultural significance of and transformative capacity of shoes," features over 200 pairs of extreme footwear spanning centuries.

Where: London’s Victoria and Albert Museum