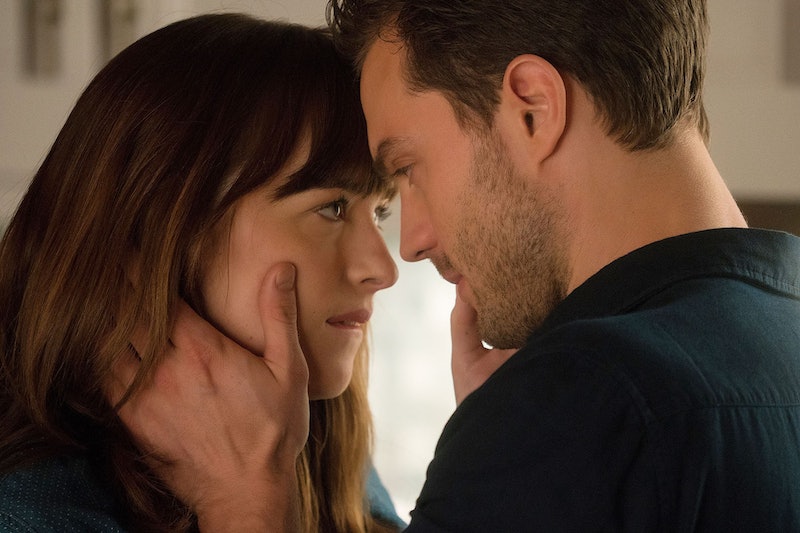 Everyone knows you don’t marry the best sex of your life, unless you’re Fifty Shades of Grey protagonist Anastasia Steele, that is. She does just that in the latest and last installment of the film franchise, Fifty Shades Freed, the official trailer for which is out today.

Chaos ensues, it seems, in the form of irresponsible Audi driving, home-wrecking architects and homicidal ex-lovers. Worry not, however, as the two newlyweds still appear to get kinky through it all, if that’s what you’re into. Personally, as women navigating the 2017 dating world in Los Angeles, we sort of think our version of a fantasy would not so much be a BDSM-loving obscenely wealthy playboy but rather a man in possession of any full-time job who prefers meaningful missionary sex followed by a loving spoon session, but we understand if this is what gets you going.

In any case, you can decide for yourself whether you want to catch the franchise’s climax (pun intended, though we stole it from the film’s marketing materials) this Valentine’s Day by watching the trailer below.