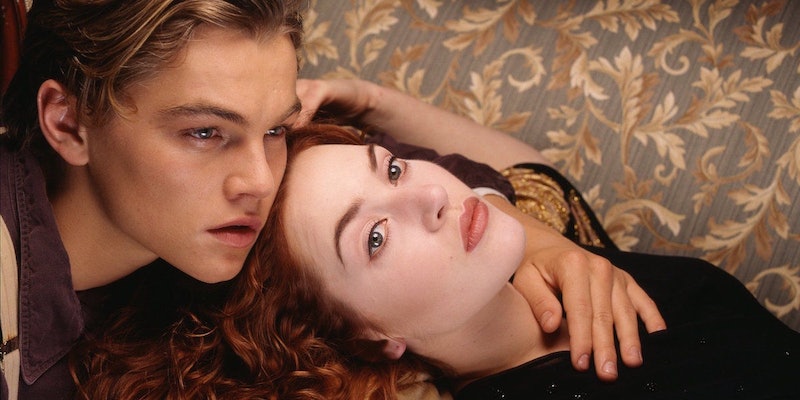 Though I was obviously in utero when it came out (cough, cough), 1997’s Titanic was one of the most significant films of my young life. The year it was released, I must have watched it—or the least the first half of it, before the sinking starts—a hundred times. It’s been nearly twenty years since those repeated viewings took place (and yet I am still, somehow, very, very young), so I thought I’d give it a whirl again now that it’s been newly released on Netflix. Here’s what I learned.

‘90s-Era Leo Is So Beautiful It Hurts To Look At Him.

I’m reminded of the Baz Luhrmann’s Romeo and Juliet poster that used to hang above my bed, and I’m pretty sure Leo is solely responsible for my sexual awakening. Now, as I oogle his adolescent form, I feel a bit creepy. I am still incredibly attracted to him, but I now also feel as though I could have given birth to him. It’s confusing, arousing and upsetting, all at the same time.

He deserved this year's Oscar, if only for “Most Improved.” As an aside, remember when he thought Kate Winslet wasn’t pretty enough for the role? She acts circles around him in this film and she looks like a woman in full-bloom who is as confused as I am by her attraction to this happy-go-lucky 12-year-old.

Rose’s party trick is standing on tiptoe? I guess now we know what people did before Instagram.

Jack and Rose hung out exactly one time, and afterwards he became so obsessed with her that he called her “the most amazing, astounding, wonderful girl, woman, I’ve ever known.” If all it took to snag a man in 2016 was threatening to jump off of something tall, followed by a little drunken tap dancing, I’d have been married a hundred times over by now.

Rose And Jack Were Not Super Bright.

There was definitely enough room on the flotsam for both of them to survive the night. He could have laid on top of her, right? I mean, they didn't even try.