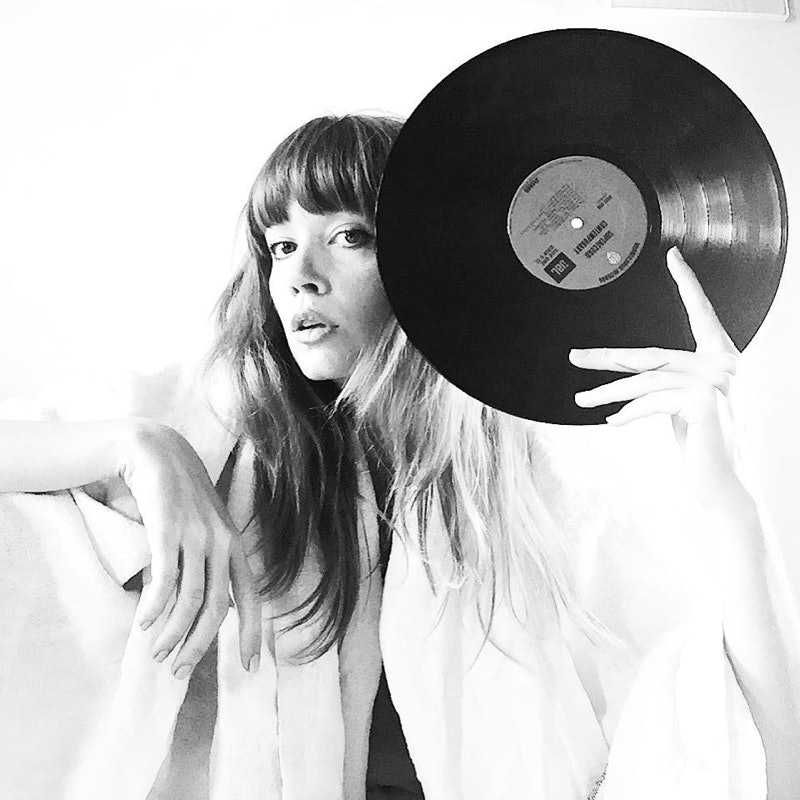 Everyone knows that the most interesting subset of anything is underground rather than mainstream, so it stands to reason that the most ‘it’ of ‘it’ girls can’t be found on TMZ. Instead, these coolest of cool girls are buried deep in the instagram feeds of the A-list, quietly inspiring everything from their style to their art to their Instagrams. Take a break from stalking your favorite pop stars, models, and bloggers to peep the 10 babes influencing your influencers.

This ‘Ricki and The Flash’ actress and Miu Miu model is just shy of becoming a proper celebrity, but those in-the-know are already fans of her feed. Follow for the quirkier side of couture set against a more serious look at the global landscapes of places like the Congo and Gaza.

It’s no wonder brands call on this cultivator of cool when looking to create content invoking the feel of a David Lynch film or a favorite Doors album. Katie’s feed feels like a never ending road trip set to sounds of the ‘60s, where captions are oft borrowed from clever lyrics of the era. Follow for wanderlust satiation, vintage style inspiration, and pure visual poetry.

This model turned self-taught photographer is a dream girl if ever there was one. Follow her feed for a window into a world of dress up, where prints-on-prints and vintage costume pieces reign supreme. When she’s not off documenting her high-fashion travels with pals like Katy Perry and Mia Moretti, she’s sharing her back-to-school shopping snaps with adorable son Bowie. We dare you not to be jealous.

Artist Mattea Perrotta not only creates compelling works of art, she herself is a compelling work of art. Follow for witty captions that wink, rare selfies, and, of course, previews of the artwork that’s soon to be attainable only to Perrotta’s most A-list of admirers.

We want to be this beauty’s bestie, so it’s no wonder all the cool girls feel the same. Follow this feed for major style inspiration, a dash of subtle feminism, and to laugh at the many desperate comments from guys who wanna get with this gorgeous gal.

This stylist should consider a second career; she’s actually hilarious, with Instagram videos that transform everyday activities into sketch comedy. Which isn’t even to mention that only someone this cool could make Von Dutch hats and shorts with flames on them look reasonably enticing. Follow Georgia’s feed for bright colors, belly laughs, and the occasional famous face.

You’re a little late to the party if you’re not among the many celebrity (and civilian) followers of this instagram account. It doesn’t hurt that Brianna is so beautiful her selfies alone can serve as muse to the masses, but her good looks aren’t the only asset on offer. Follow for an insider glimpse at the lives of the coolest of the cool kids.

This pocket-sized beauty is queen of the Dubsmash, but it’s her mix of fearlessness, wit, and vulnerability that have the ‘it’ crowd in awe. Follow Fabi’s feed for a never ending parade of the actress’ best ‘stage’ personas, insane personal style inspo, and a rare breed of modern authenticity.

The selfies snapped by this free-spirited nomad are as noteworthy as those she takes of her model muses; Mercedes might just have mastered the strategically nude insta pic. Follow her feed for subtle (and not-so-subtle) sex appeal and lots of links out to must-follow Instagrams you’ll want to bandwagon stat.