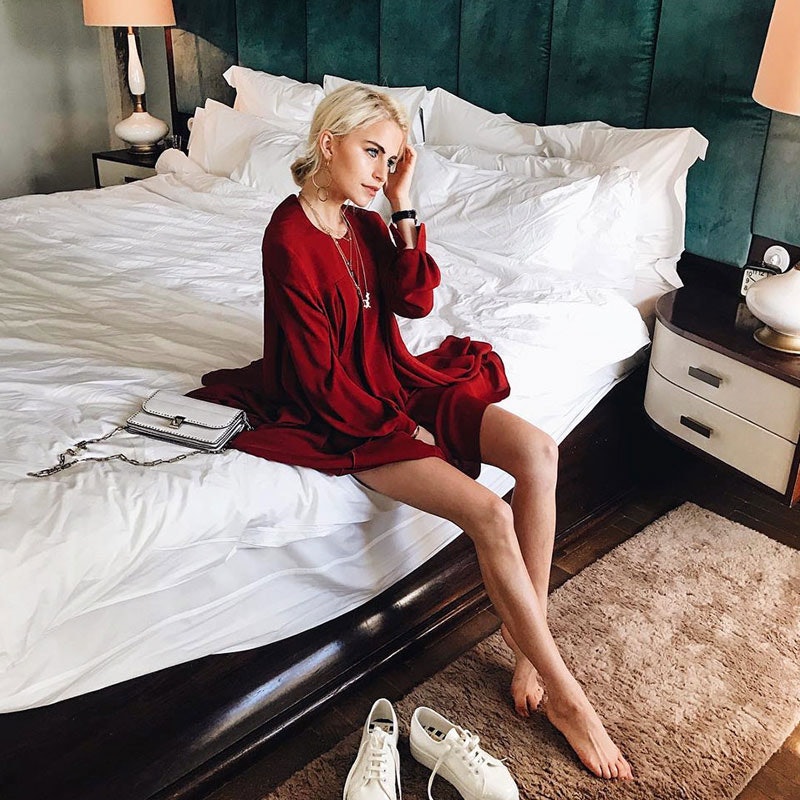 So you want to get away from it all—until you realize you don’t exactly have the hours, the funds or even the motivation to pull together an itinerary for an out-of-town trip. Enter the staycation: Formerly reputed as the vacay‘s lazy cousin, it’s now become the most time- and money-saving option for us busy folks, and they often prove to be just as (if not more) R&R-worthy than a weekend getaway. You get to play tourist in your own city, without the hassles of stressful packing, language barriers and, well, draining your life savings. Here, the best destinations that happen to be only a cab ride away.

Stay: The Joule's crowning glory is the rooftop pool, which gives you an underwater bird's-eye view of Main Street if you dare swim toward the eight-foot extended edge. As a boutique hotel, it offers 161 rooms that span from a petite 212-square-foot spaces to the ultra-luxurious penthouse loft with a wet bar, library and private terrace sprawling over three floors.

Eat: Just ten minutes by car in the West Village is Mi Cocina, a contemporary Tex-Mex fave among both locals and visitors. But don't leave before hitting up the nearby Sablon Chocolate Lounge for a slice of Rocky Road Chocizza (a portmanteau of chocolate and pizza).

Do: Hop on the M-Line Trolley to the downtown Dallas Arts District, where you can sample food trucks (if you're still hungry), catch an outdoor film or join an alfresco meditation class at Klyde Warren Park. Take a trek to the iconic Reunion Tower GeO-Deck if experiencing 360-degree panoramic views of the city is more your thing.

Stay: A five-star hotel with more than 2,000 works of art at every corner, the Conrad New York projects modern luxury as soon as you walk in (you literally can't miss the 13-story installation in the atrium). And with 463 suites that are palatial compared to typical NYC hotel rooms, you might have to persuade yourself not to spend all your staycation hours in one place.

Eat: There's no shortage of mouthwatering fare in NYC, and the Battery Park area is no different. Opt for twists on your favorite comfort foods at the newly opened yet familiar Del Frisco's Grille or sample truffle fries, quiche and gelato at French food hall Le District. Catch the sunset at the Conrad's Loopy Doopy Rooftop Bar, where you can sip on a glass of its signature Prosecco & Ice Pop cocktail while enjoying Insta-worthy views of the Hudson River.

Do: Post-9/11, Lower Manhattan has seen a resurgence with the 1 World Trade Center. With a stacked wallet, you can shop the Westfield WTC and tour the Oculus. But if you'd rather enjoy the summer breeze, take a private sailing lesson at North Cove Sailing or ride a Citi Bike down the waterfront of Battery Park City. (The hotel is currently offering two packages, Shopper in the City and Summer in the City, to guests who seek the full downtown experience.)

Don't forget to pack: Your walking shoes (and cash).

Stay: Los Angeles Zen Retreats accomplishes something other hotels simply can't: accommodations in various corners of the city. Along with the usual amenities, these bungalow-like properties are an upgrade from traditional homes with fully equipped kitchens, private cabanas and even their own swimming pools. We recommend the Hollywood & Vine Loft for a cosmopolitan vibe or the Brentwood Retreat for a quiet, comfortable getaway.

Eat: Although known for its buzzy dining spots, LA is also host to ingénue restaurants like the new brunch favorite Friends & Family and the much-anticipated Southern Italian spot Rossoblu. For drinks, go swanky with panoramic views and LA neighborhood–inspired cocktails at 71Above or opt for happy hour at the rustic-chic secluded patio of Eveleigh.

Do: If you manage to beat the traffic, you'll be able to get a lot checked off your bucket list in the span of a single day. Into the great outdoors? Take a walk in the beautiful Los Angeles County Arboretum and Botanic Garden. Seeking some entertainment? The Theatre at Ace Hotel is host to a plethora of events, from concerts to comedy shows. And if you're looking to up your selfie game, the city's street art scene was made for just that.

Stay: Located in Andersonville, The Guesthouse Hotel comes with condo-style suites that manage to make you feel at home while offering skyline views of the city. From one- to three-bedroom options, the place caters to solo getaways, couples' retreats and even family-size groups. Bonus points for pet-friendliness, so feel free to bring Coco along.

Eat: Big Jones' award-winning Southern fried chicken, m.henry's Fannie's Killer Fried Egg Sandwich, Little Bad Wolf's Bad Burger, literally everything on the prix-fixe menu at Anteprima—you can't go wrong with foodie essentials that happen to be just a stone's throw away from one another. For the afterparty, enjoy drinks at Simon's Tavern, where legendary gangster Al Capone was rumored to sell whiskey during the Prohibition.

Do: This historic Swedish neighborhood is packed with all kinds of potential excursions: Shop the charming boutiques and antique shops, gain admission into the Neo-Futurists' experimental theater to watch impressive mini-plays, discover the town's Scandinavian culture through the Swedish American Museum—all in one little corner of Chicago.

Don't forget to pack: A weekender for all those vintage finds.

Stay: The Watergate Hotel possesses a history almost as iconic as the country's biggest political scandal (as of yet). After its grand opening in 1965, the hotel became the destination for Hollywood stars to mingle with Washington's elite, and seven years later, it gained notoriety when five men broke into the DNC headquarters on the sixth floor of the Watergate Office complex. If you've got the funds, we suggest snagging the presidential suite—after all, you're already in the nation's capital.

Eat: The hotel itself has an indulgent selection of food and drinks, from the fine dining section at Kingbird to the specialty tasting at The Next Whisky Bar. But you can also venture out to Mirabelle, helmed by former White House chef Frank Ruta, or sample a few Michelle Obama–approved restaurants, like Fiola Mare (where she and Barack toasted his 55th birthday) and Cafe Milano (where they celebrated Malia's graduation last spring).

Do: As the landmark city of the United States, there's no getting around without visiting the most symbolic sites, including the Lincoln Memorial, U.S. Capitol and the Library of Congress, Smithsonian National Museum of Natural History and (of course) the White House.

Don't forget to pack: Your Polaroid cam. (Your iPhone will do just fine, too.)