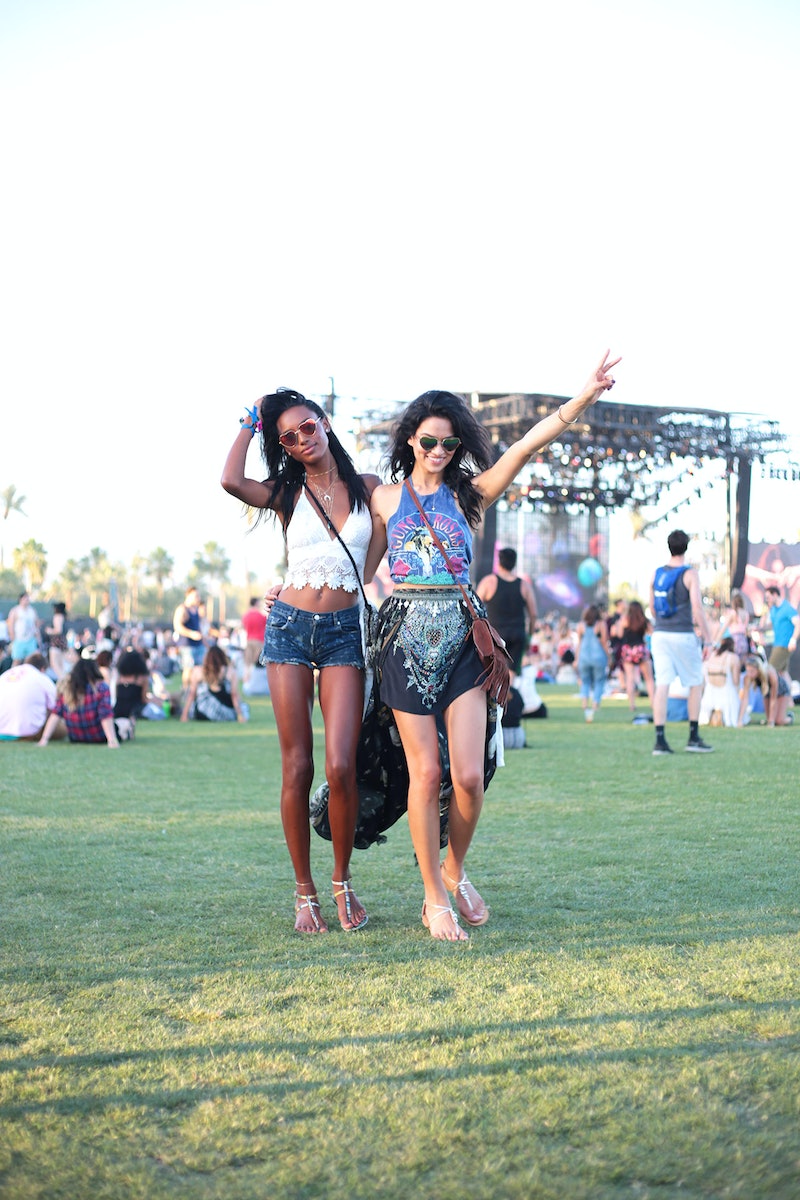 Yes, Coachella is over for the year but there are countless festivals around the country that you can still enjoy, some focusing on music, some on film and some—believe it or not—on furthering your mind. With festivals on the brain, we rounded up a few of the events we’re obsessed with across several states. Whether or not you make it to these rad events this year, we suggest you put them on your bucket list for the future because, let’s be honest, there’s more to the festival experience than fringe clothing and dust storms. Don’t believe us? Keep reading.

Celebrate Brooklyn!–an annual series of outdoor concerts in Brooklyn’s Prospect Park–brings big names to the stage every year, and this year is no exception with Tame Impala and Ray LaMontagne on the roster. Regardless of what genre you’re into, you’ll find a concert that speaks to (or in this case, sings to) your taste. The shows take place from early June to August, and many of the shows are free. Great bands and a good price tag? Sold.

From June 3 to 5, New Yorkers tap into their inner music-loving hippies to experience the East Coast version of Coachella–Governors Ball–on Randall's Island. This year's headliners include The Strokes, The Killers and Kanye West, so fun is practically guaranteed, as is a lot of fashion eye candy. This is a festival just outside of New York City, after all.

You think you like wine? Consider yourself a foodie? Well, we have the event for you. The Food & Wine Classic in Aspen (June 17-19) is the premiere culinary event in the country, bringing together top chefs, vintners, restaurateurs and other rock stars of the food and wine worlds in the picturesque mountain town of Aspen, Colorado. There are decadent grand tastings, countless seminars on everything from pinots to smoothies to the wines to eat with salumi and the popcorn to pair with sparkling wines. It's not easy to get into this festival, so find a friend with a pass or make plans for next year, but if there was ever an event to add to your ultimate bucket list, this is it.

Can't make Governors Ball? We got you. This year brings us the first-ever Panorama festival, which also takes place on Randall's Island. From the peeps behind Coachella, the event promises an interesting fusion of music, art and technology. Expect great bands (Arcade Fire, Alabama Shakes, Kendrick Lamar, LCS Soundsystem and Sia among them) as well as technology-inspired installations and awesome food, all taking place from July 22 to 24. Is it just us or is Randall's Island the new Indio?

Believe it or not, Northern Michigan is an incredibly beautiful part of the country. Film buffs can find that out for themselves by heading to the Traverse City Film Festival, July 26-31. Founded by Oscar-winning filmmaker Michael Moore, the event reels in independent, documentary and foreign films. Moore's goal is to preserve the art of cinema while screening truly great movies that "entertain and enlighten." What a novel concept. This one's for you, movie buffs.

So technically, The Meadows Music & Arts Festival takes place in the fall (October 1 - 2) but with a music and culinary line-up this good, it belongs on your don't-miss-list. Kanye West and The Weeknd headline the two-day NYC event, with other stellar acts including Empire of the Sun, Chance the Rapper, Kygo and Pretty Lights. With the restaurant aficionados at The Infatuation curating a monster list of cult-food favorites like Ramen Burger, Momofuku Milk Bar and Luke's Lobster, revelers will also be treated to graffiti art installations and a selection of artisanal cocktail offerings... what more do you really need?

If Coachella is a little too much of a scene for you but you love music, Outside Lands might be your jam—literally. From August 5 to 7, Golden Gate Park becomes the site of this beloved San Francisco music festival, which boasts headliners including LCD Soundsystem, Radiohead and Lionel Richie this year. A few things are practically guaranteed at this Northern Cal fun fest: The crowd will be littered with tech guys sporting tees emblazoned with their start-up’s logo, and the weather is always unseasonably cold so pack layers (like down layer—seriously).

If you want to expand your mind or change the world and TED seems too intimidating, The Nantucket Project–taking place on Nantucket, Massachusetts September 22-25–is for you. Some of the best minds of our time (last year that included Apple cofounder Steve Wozniak, musician Neil Young and, ironically, TED founder Richard Saul Wurman ) are tasked with giving the lecture of their life, many of which turn into TNP Idea Films. The topics covered and lectures given are not only fascinating and often brilliant, they're thought-provoking–like, really. Doesn't sound like your cup of tea? Think about this for a second: In 2014, the festival featured an appearance by the hologram of Wikileaks Editor-in-Chief Julian Assange from the Ecuadorean Embassy in London where she has been given asylum. If that isn't the weirdest, coolest thing you've ever heard, we don't know what is.

We thought someone was joking when they told us The Rolling Stones, Bob Dylan, Neil Young and Paul McCartney were on the same bill. Then we realized Desert Trip was a real thing, and all of our dreams were coming true for two weekends in October (7-9 and 14-16), on the same grounds–and produced by the same team–as Coachella in Indio, California. Tickets sold out fast, but as anyone who was ever lazy with their Coachella tickets knows, there is always a way. Some people are calling it “Oldchella” but we prefer, “Woodstock, The Redux.”