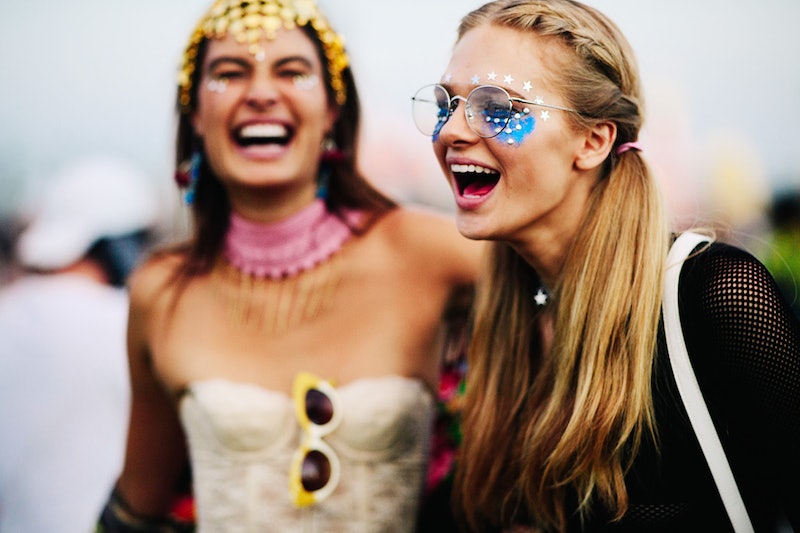 With summer comes the arrival of denim cutoffs, loads of sunscreen and, of course, outdoor music festivals. What gets kicked off by Coachella in April rolls right through the fall with some of the best, most-buzzed-about acts taking the stage in rapid succession for days-long events around the country. Here, we’ve rounded up a few of the festivals you should put in Sharpie on your calendar, not just for the music, but also for the food, locations and overall experience.

Exposition Park in downtown LA is the site of the ever-growing FYF Fest, which this year brings Missy Elliott, Bjork (where’s she been?), Frank Ocean, Nine Inch Nails, Solange, Iggy Pop, Erykah Badu, MGMT and more to the City of Angels. The potty-mouthed “F*$k Yeah Fest” has been drawing music lovers of all ages to hang out and enjoy a range of sounds amidst the palm trees and sunny climes of LA since 2004, and the lineup gets more impressive with each passing year.

Chicago's premier summer event takes place in the city's Grant Park and is an absolutely massive gathering of some of music’s biggest names, plus plenty of up-and-comers. This year, the eight stages hosting more than 170 bands will feature The Killers, Muse, Arcade Fire, Chance the Rapper, The XX, Alt-J and tons more not-to-be-missed acts. Founded by Jane's Addiction frontman Perry Farrell in 1991, the festival began as a touring event, going on a hiatus in 1997 before being resurrected in 2003. In 2005, it found its permanent home in Chicago, where people from all over the country and world now gather each summer for the music, the local Chicago eats and even booths showcasing nonprofits at Lolla Cares. There is also a phenomenal schedule of official Lolla aftershows so you can keep the music going through the wee hours.

This year is the tenth anniversary of this beloved Northern California Festival, which takes place in Golden Gate Park. The roster features a diverse array of bands that cover decades' worth of music, from Metallica (yes, Metallica) to The Who to A Tribe Called Quest, Lorde and Gorillaz. Talk about there being something for everyone. Given San Francisco's legendary culinary scene, the food at Outside Lands does not disappoint with some of the Bay Area's finest chefs and restaurants setting up camp and providing sustenance to hungry festival goers. Trucks, carts and booths offer everything from ramen to cheese steaks to truffle mac and cheese, meaning you can literally find something for every palette at the festival. There is even a magical place called Choco Lands that features—you guessed it—delectable chocolate treats (think cupcakes, liquid chocolate bars and chocolate macarons, to name a few). Unsurprisingly, given the festival's proximity to wine country, Outside Lands also has Wine Lands (aka heaven on earth), where dozens of regional wine makers pour more than 100 types of vino. The one thing to know about Outside Lands is that San Francisco in the summer can be seriously cold, so remember to wear layers and be prepped for inclement weather.

Austin City Limits Music Festival gives you countless reasons to attend one of its consecutive weekends of great music in Texas' hippest city. For one, there's the always impressive lineup: This year, that includes Jay-Z, Red Hot Chili Peppers, Ryan Adams, The Killers, Gorillaz, Spoon, The Head and the Heart and more. Secondly, there is the convenience factor—the festival takes place in Zilker Park, which is located right in the city, making it easily accessible. Then there is Austin itself, a rapidly growing city that feels both friendly and incredibly cool at the same time. As it's grown, cool stores, restaurants, coffee shops and bars have seemed to pop up on every corner, making your time away from the festival just as fun as your time on the grounds. And finally, there is Austin's incredible music scene that continues late into the night. Once you leave the park, the fun is only just beginning: Make your way to one of the city's awesome venues (The Continental Club is a don't-miss), and you'll find yourself dancing until your feet hurt. And then you can do it all over again the next day.

Halloween weekend plus New Orleans plus an awesome lineup equals utter chaos in the best possible way. Welcome to the Voodoo Music + Arts Experience—commonly referred to as simply Voodoo Fest—where Kendrick Lamar, The Killers (where aren’t they headlining?), Foo Fighters, LCD Soundsystem and tons of other acts are on the roster of more than 65 bands this year. It's New Orleans, so be prepared for music everywhere you go (even when you're not at the festival) and for seriously delicious Southern fare, from po' boys to gumbo to fried duck quesadillas and every decadent thing in between. There are also amusement rides, a haunted mortuary, art installations and a beer hall on the grounds, so fun is practically guaranteed with entry. And once the last band has played the main stage, head to one of NOLA's countless amazing music venues for late-night shows in the city that never disappoints when it comes to incredible music and a good time.