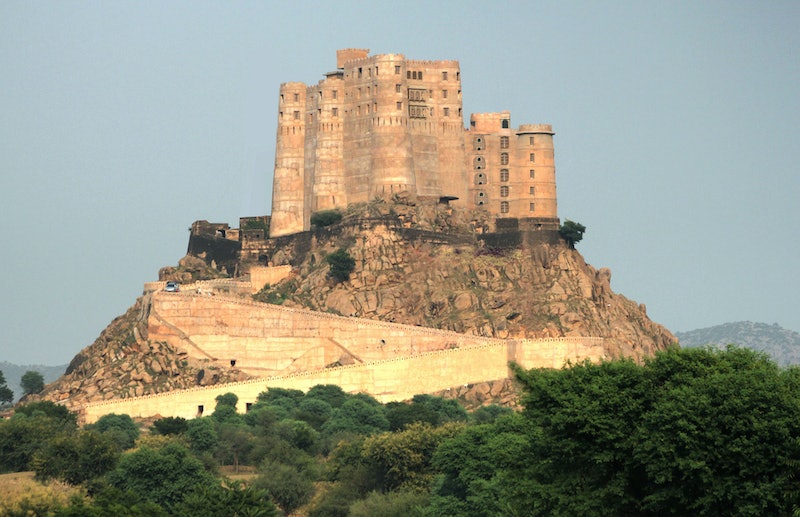 We haven’t yet embarked on our end-of-year travels and yet we’re already fantasizing about what lies ahead in 2017. The following list of hotels will make you want to add pages to your passport ASAP, and we wouldn’t blame you for selling your holiday gifts in order to stockpile cash for an excursion to any of the below. Here, the buzziest hotels of 2017.

We are counting down the days until this incredible property opens its doors, so we can book a visit ASAP. It's the only hotel located in the Aravalli Hills between Jaipur and Delhi and is thought to be one of the only forts of its kind to be converted into a heritage resort. The Alila Fort Bishangarh boasts royal suites, stunning views, two bars, a spa and a library. As Alila hotels are frequently found on "best of" lists, and we're certain this unique gem will not disappoint.

The Shore Club, Turks and Caicos

This $100M resort, which will celebrate its grand opening in January, boasts 106 ocean-view suites, a 12,000 square-foot spa, three pools and four world-class restaurants. The Shore Club is the first and only resort on Long Bay Beach in Providenciales, which promises to make for a one-of-a-kind luxury experience unparalleled elsewhere.

The W Las Vegas recently took over a 289-room tower of the SLS Hotel, though the grand opening of the hotel-within-a-hotel concept will officially take place in February (and will undoubtedly draw an A-list crowd). We're anticipating a robust social scene, particularly around the WET rooftop pool.

While not new, the villas at Oil Nut Bay are bound to see a spike this year as more travelers look for seclusion to aid in restoration and attempts at digital detoxing. This astounding community in the British Virgin Islands is the perfect spot for honeymooners, offering luxury, romance, fine dining and innumerable activities. Check out the newest villa, Poseidon's Perch, for #goals.

The first visitors arrived to Bhutan just a few decades ago, so this country, known as the "happiest place on Earth" by locals, remains relatively untouched. The Six Senses Bhutan is actually five properties packaged into one experience which allows travelers to explore various areas throughout the kingdom. It's set to open in the latter half of 2017.

This boutique resort is located on the UNESCO Biosphere Reserve in the Baa Atoll region of the Maldives, which is one of our places to see in 2017 (before it disappears). We think the photos speak for themselves on this one.

Poised to open in the spring, Raffles Europesjski will be the first 5-star hotel in all of Poland. Its suites and luxury shops are housed in a historical building on one of the best streets in Warsaw.

The iconic Hôtel de Crillon, located in the center of everything in Paris, will finally re-open in late 2017 after sure-to-be-impressive renovations by the Rosewood Hotel Group.

This newly-opened Auberge resort is situated on one of the most swimmable beaches in Los Cabos. Right now, they're offering a third night free, so we'd suggest looking into openings for 2017's long weekends.

The Silo Hotel, which opens in March, will be located inside the Zeitz Museum of Contemporary Art, the city's buzziest museum. It features breathtaking ocean and mountain views, a rooftop pool and unique design that's bound to garner you a bevy of Instagram likes.

The setting of this new Banyan Tree hotel was used as inspiration for the film Avatar, if that tells you anything about why you need to book a visit ASAP. "After bathing in ‘Buddha's Light', a magnificent sunrise phenomenon at Mount Huangshan, climb the iconic Hundred-step Cloud Ladder to the Jade Screen Peak," reads the website, "and give a salutatory nod to the 1,500 year old Welcoming-Guest Pine on your way to the Lotus Peak." Yes, please.

The Rosewood Luang Prabang, opening in 2017, is located ten minutes from the historic city of Luang Prabang in Laos, which has the added bonus of being really fun to say. Picture largely untouched nature, luxury tent(-like) accommodations, open-air tubs and wraparound decks which promise both privacy and awe-inspiring views.