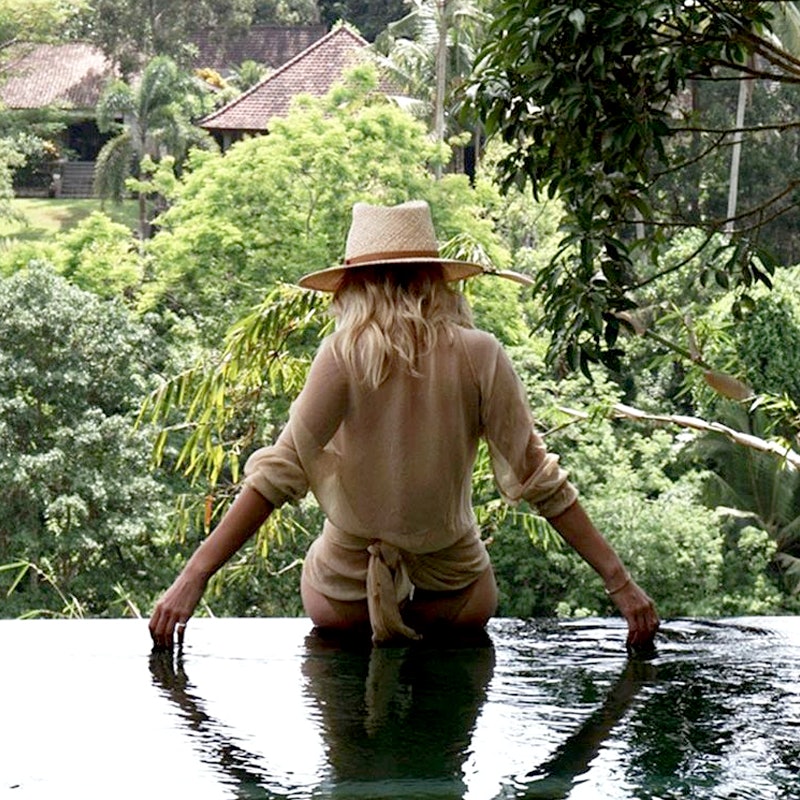 Technically our travel bucket lists have just one entry, which is “everywhere.” But unless our bank accounts become exponentially (and imminently) more flush, we have to whittle down the list to the destinations we just can’t miss in this lifetime. Everyone knows Paris is a must-see, but what about some not-so-marquee locations? Here are six less-traveled places we’re dying to visit.

Where It Is Bhutan is in Southeast Asia, bordered to the north by China and to the south, east and west by India.

Why You Should Go There are no Starbucks in Bhutan. Tourism started there just four decades ago, and it remains heavily regulated. To visit Bhutan, you must go through specific travel agencies and pay a minimum of $200 per day (all-inclusive). This setup may not work for every type of traveler: Luxury hotels in Bhutan aren't comparable to those elsewhere in the world, meals tend to be served buffet style, and you don't have much choice in terms of where you eat or stay. That said, you'll definitely be the envy of your Instagram following if you manage to make the 90-minute trek (on foot) to Paro Taktsang, aka the Tiger's Nest, which is a sacred Buddhist site and temple tucked onto the side of a Himalayan cliff. An experience in Bhutan cannot be replicated elsewhere in the world. Read more on why you should book your trip ASAP.

One Thing You May Not Know Animals are very rarely killed in Bhutan, which means all meat is imported from neighboring countries. Read more about this here.

What To Consider Before You Book Flights into Bhutan are limited, and if a festival is taking place when you want to visit, you may need to book as much as six months in advance. Visas are required.

Where It Is The Galápagos is an archipelago of volcanic islands in the Pacific Ocean, west of Ecuador.

Why You Should Go Charles Darwin’s theory of evolution by natural selection was born here, and the islands are known for having innumerable species that can be found nowhere else in the world. The Galápagos ecosystem is one of the most fragile in the world, and it's said to be intensely threatened by the effects of global warming. If you're a nature lover or an animal enthusiast, this destination should take the top spot on your bucket list, especially if you want to get up close and personal with the largely endemic wildlife, which is famously—and strangely—devoid of fear when it comes to humans. You can snorkel with penguins! For an immersive experience you can partake in stateside, listen to Radiolab's Galápagos episode (beware: It involves details of a rather graphic goat genocide).

One Thing You May Not Know Pirates frequented the Galápagos in the 16th century, making room on their boats for the tortoises they collected by dumping the (ancestors of the) aforementioned goats.

What To Know Before You Book According to Lonely Planet, May is an ideal time to visit the islands; however, there's always something happening wildlife-wise in the Galápagos that's worth seeing.

Where It Is Yamanashi Prefecture is about 2 hours west of Tokyo.

Why You Should Go Hayakawa is home to the oldest hotel in the world, Nishiyama Onsen Keiunkan, which was founded 1,300 years ago. Keiunkan boasts six natural hot springs, four outdoor and two indoor, and the town of Hayakawa in which it's located is just a couple of hours away from the northern half of Mount Fuji (which you can climb). While in the area, watch monkeys bathing in hot springs at the Jigokudani Snow Monkey Park (it's a bit of a trek from the hotel—four hours by car).

One Thing You May Not Know Keiunkan is still run by the same family that founded it, 52 generations later.

What You Should Consider Before You Book Rooms at the ancient hotel aren't cheap at almost $500 per night. If you plan to summit Mount Fuji while you're there, note that the climbing season lasts only from early July to mid September. You can take a train from Tokyo directly to Yamanashi Prefecture.

Where It Is Wadi Rum, aka Valley of the Moon, is located in southern Jordan, near the city of Aqaba.

Why You Should Go This Mars-like desert valley has been home to humans since prehistoric times, many of whom left their markings in the form of amazing-to-behold rock paintings. It's currently home to the bedouin people, some of whom will serve as guides to visiting tourists. Stay overnight in a bedouin camp to sleep under the stars, and opt for daytime adventures such as camel or jeep tours, rock climbs and more. Wadi Rum is a four-hour drive from the Dead Sea.

One Thing You May Not Know Much of the film Lawrence of Arabia was filmed here.

What To Consider Before You Book Your stay in Wadi Rum will be extremely affordable at around $40 per person per night including tours, meals and accommodations, but note you'll be sleeping in a tent (albeit a large one).

Where It Is About a three-hour flight (and then an hour's drive) from Istanbul.

Why You Should Go Cappadocia is another outdoor-adventure destination, and it's so picturesque you can expect your Instagram following to soar upon posting from the fairy chimneys and the requisite sunrise-and-champagne hot air balloon ride. While there, visit the underground cities of Kaymakli and Derinkuyu, explore a castle made of rock and eat dinner in a cave.

One Thing You May Not Know The underground dwellings were used as protection for early Christians, first from Romans (Cappadocia was once a part of the Roman empire) and later from Muslim invaders.

What To Consider Before You Book Flights from Istanbul to Kayseri Airport are crazy cheap, averaging around $75. Allow your hotel to book your shuttle from Kayseri to Cappadocia whenever possible, and make sure to confirm and get as much information about your reservation as possible. In keeping with the trip's cave-centric experiences, consider staying at Phocas or Cappadocia Cave Suites.

Where It Is Tristan da Cunha is the remotest inhabited archipelago in the world—it's 1,500 miles from South Africa.

Why You Should Go Not for the faint of heart, or those attached to vacation comforts like hotels, restaurants or Wi-Fi (none of which exist here), Tristan da Cunha is for thinkers, writers or others who cherish solitude and nature. If being forcibly unplugged sounds terrifying, seek solace in the knowledge that there's at least one pub.

One Thing You May Not Know Tristan da Cunha is on an active volcano; its last eruption was in 1961, and inhabitants had to evacuate to the UK. All but five returned as soon as they were cleared to do so.

What To Consider Before You Book All trips must approved by The Island Council. You arrive by ship, and the journey from Cape Town takes six days. These boats don't run regularly. Here is more detailed information on getting to and from the islands.