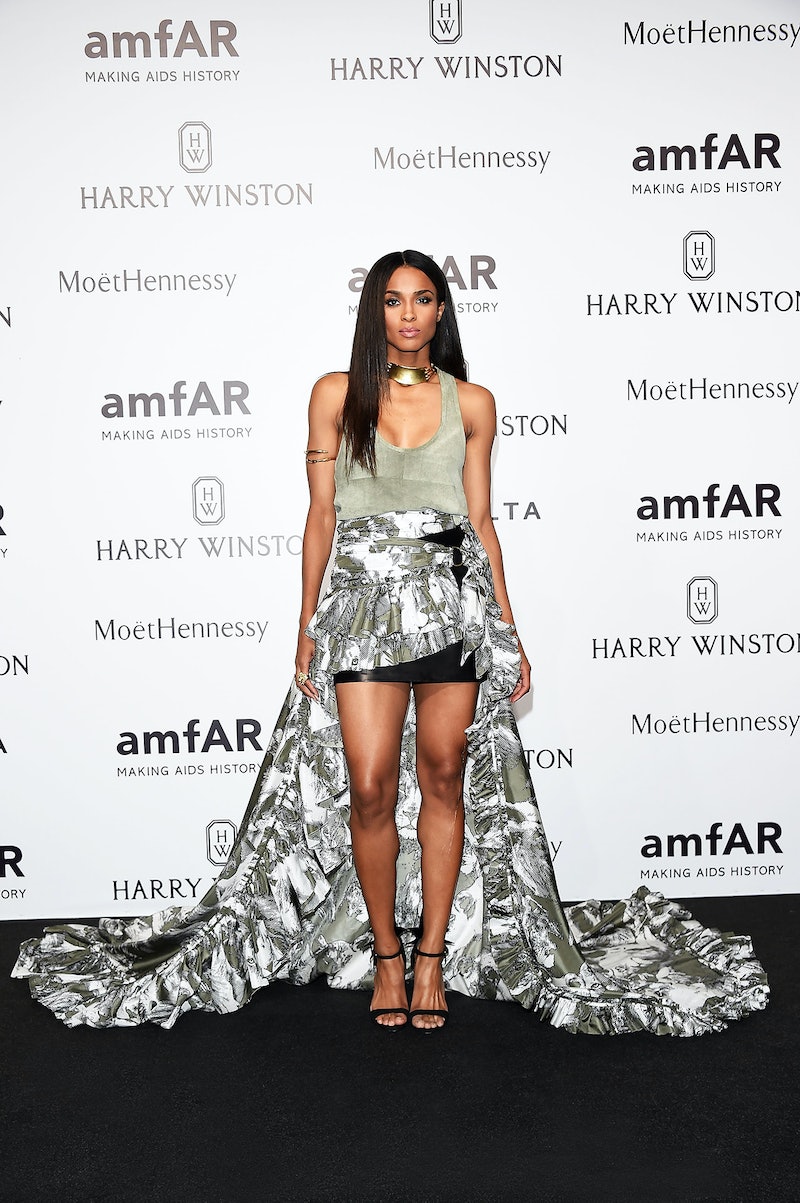 The fabulous front-row style scene left New York and London behind in favor of a little Italian flair. Celebrities and fashion insiders flocked to Milan for illustrious shows as Gucci and Dolce & Gabbana, and got gussied up for the ever-glamorous amfAR gala. Here, the best looks from A-listers on the MFW circuit.

The stunning songstress stepped out in a piece from Peter Dundas' Spring 2016 collection for Roberto Cavalli.

The of-the-moment model fearlessly rocked a gothic-chic, sheer gown for the amfAR gala.

Getting a jumpstart on one of Spring 2016's biggest trends, Dakota Johnson chose a burgundy ruffled dress for the Gucci show.

Just as we predicted, Gucci's floral print has been spotted in abundance during fashion month—on the streets, at parties and most recently on Jeanne Damas at a private dinner in Milan.