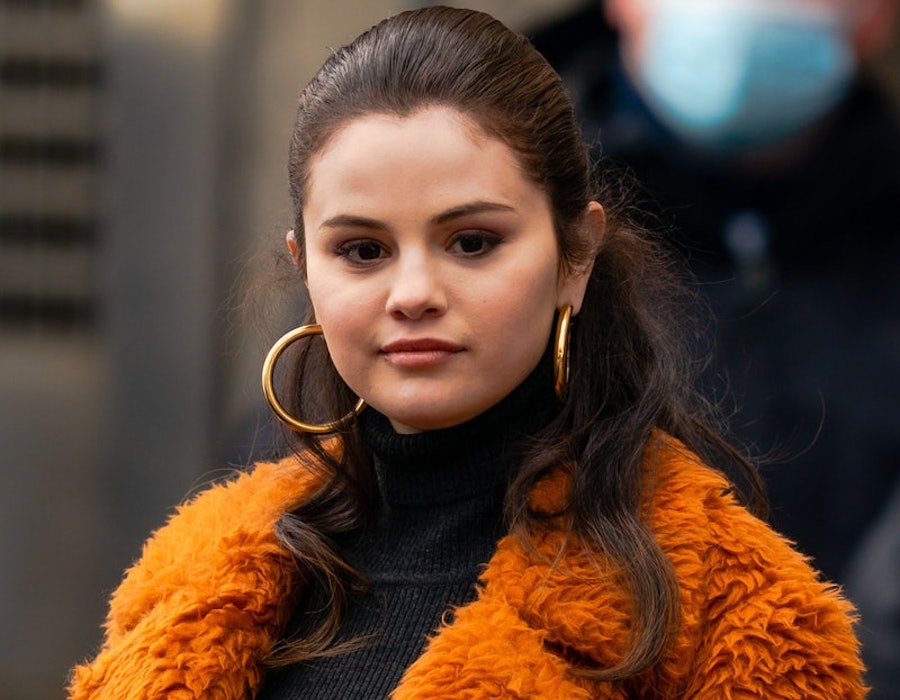 New season, new tiny tattoo — that’s how the saying goes, right? On April 15, Bang Bang Tattoo in New York City revealed that Selena Gomez just got a new tattoo, and as you can imagine, it’s gorgeous. The studio shared the musician, entrepreneur, and actor’s recently added ink via a quick Instagram video, which showed off the small cross tattoo right below Gomez’s collarbone, one of her most visible placements yet.

And while the cross tattoo is relatively small in the grand scheme of tattoo sleeves and full-back designs, it still took major skills to pull off. In an interview with Entertainment Tonight, Gomez’s longtime tattoo artist Bang Bang shared that tiny tattoos only look easy. “No pressure though, right?” the tattooist said in the interview. “It’s right on her collarbone where everyone will see. It’s a couple straight lines and it looks easy. But I was sweating.”

According to Entertainment Tonight, Bang Bang has created between eight to 10 tattoos for Gomez, including the praying hands tattoo on her leg. In the interview, Bang Bang noted that all tattoos are a “really deeply emotional thing” though pointed out how important spiritual ink can be to a person. “When someone gets a tattoo that’s in any way religious, I don’t even need to ask. I know that this tattoo is giving them power, and I like to be part of that,” Bang Bang explained.

Gomez has yet to share her own picture or video of the tattoo on Instagram, though you can probably chalk that up to her busy schedule. The artist has been in New York City filming her upcoming crime-comedy Hulu series Only Murders in the Building, set to premiere this year. Meanwhile, Gomez’s Rare Beauty just launched not one, but three new products: the Rare Beauty Discovery Eyeshadow Palette ($29), Always an Optimist Weightless Eye Primer ($18), and the Always an Optimist Pore Diffusing Primer ($26).

Since it’s not just enough to be filming a new series, investing in new body art, and giving fans of your beauty brand the launches they’ve been waiting for. Keep your eye on Gomez’s IG page, too — it’s only a matter of time before the artist shares a pic featuring the new cross tattoo.