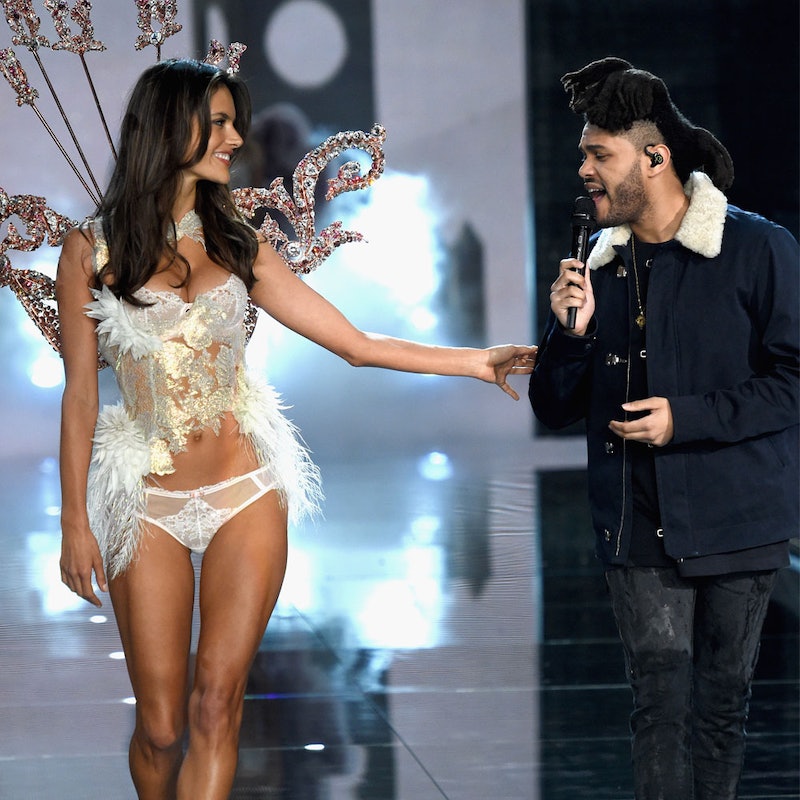 Looks like things might get a bit more interesting at this year’s Victoria’s Secret Fashion Show. After a year and a half together, Bella Hadid and The Weeknd are calling it quits due to scheduling conflicts, and we wonder how this announcement will play into their appearances later this month. (First-timer Bella will be walking in two costumes while The Weeknd is slated as one of three performers.) The two started dating in April 2015 when he asked her to be in the artwork for his latest album. 2016, you have not been kind to our hearts.

Original: The world’s most-watched fashion show has revealed its entertainer lineup, and this is going to be the biggest year yet. Newcomer Lady Gaga and two-time performers Bruno Mars and The Weeknd will hit the stage with the Victoria’s Secret Angels in Paris. Gaga, who just released her fifth studio album, is also headlining the Super Bowl in February. This marks her first time at the runway show, while Bruno is back after his 2012 appearance. Perhaps the most exciting announcement is that of The Weeknd (who also performed last year), whose girlfriend Bella Hadid is getting ready for her first year on the VS catwalk—we can’t wait to see their dynamic onstage. Tune in on December 5 to watch these artists kick it with some of the most beautiful women on earth. (Hello, Alessandra!)