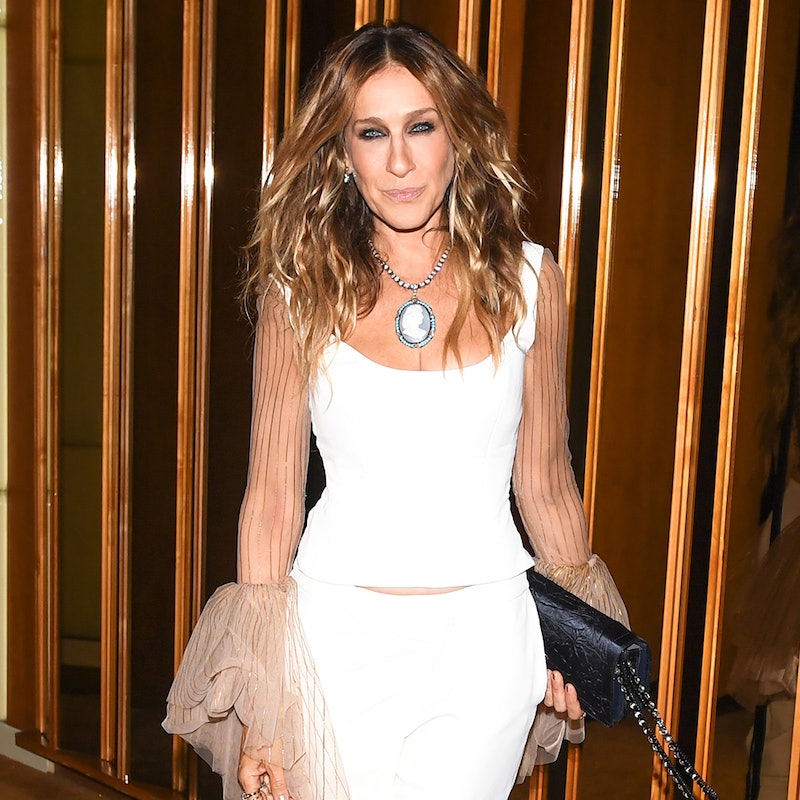 It was family night for Sarah Jessica Parker and husband Matthew Broderick, who spent Sunday with their three children and the iconic story of Charlie and the Chocolate Factory. But in their version of events, the evening included a trip down the red carpet at opening night of the Broadway musical adaptation of Roald Dahl’s classic piece. We got to see all members of the Parker-Broderick clan, a rare public appearance for James Wilkie, 14, and even more so for twins Tabitha and Marion Loretta, who turn 8 in June. The two girls who live mostly out of the spotlight looked positively adorable in their Carrie-approved coordinating pink coats, but they also proved to be little fashionistas with their own style sensibilities—one rocking a headband and the other donning a dress over pants. The family of five were impeccably chic as they posed together at the Lunt-Fontanne Theatre in New York City. Without a doubt, they deserve their golden ticket.