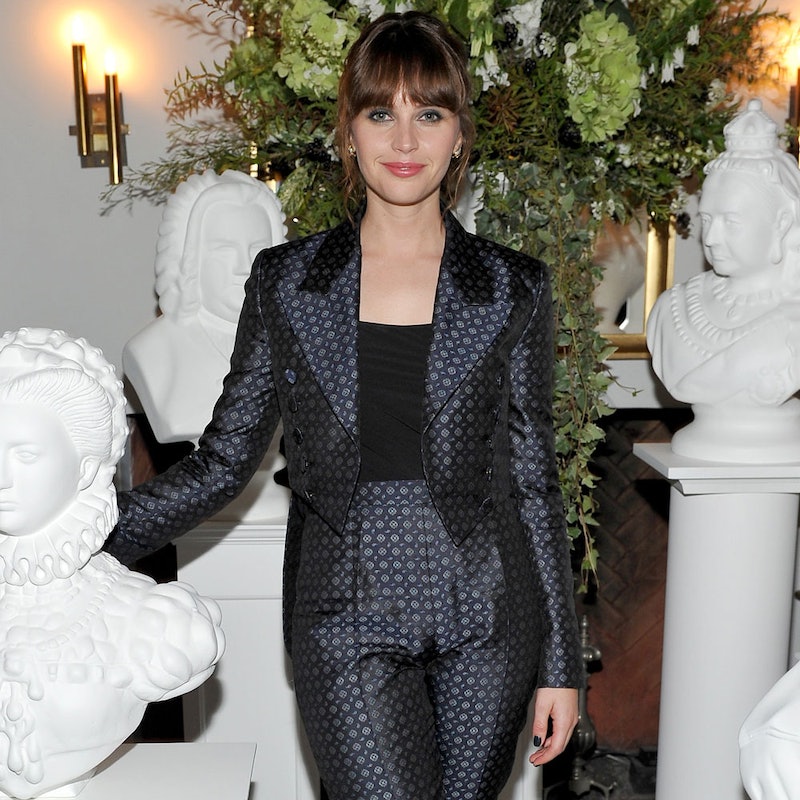 It was a huge night for Felicity Jones, who attended Burberry and Vanity Fair’s pre-Britannia Awards celebration last night as the guest of honor. The Oscar nominee became this year’s recipient of the Britannia Award for British Artist of the Year presented by Burberry, a brand with which she’s been involved since appearing in its fall 2011 campaign. Although she certainly claimed the spotlight, other A-list attendees like Michelle Monaghan, Derek Blasberg and Sarah Hyland managed to steal the attention in their equally top-notch looks. Here, some of the best-dressed guests at Chauteau Marmont.