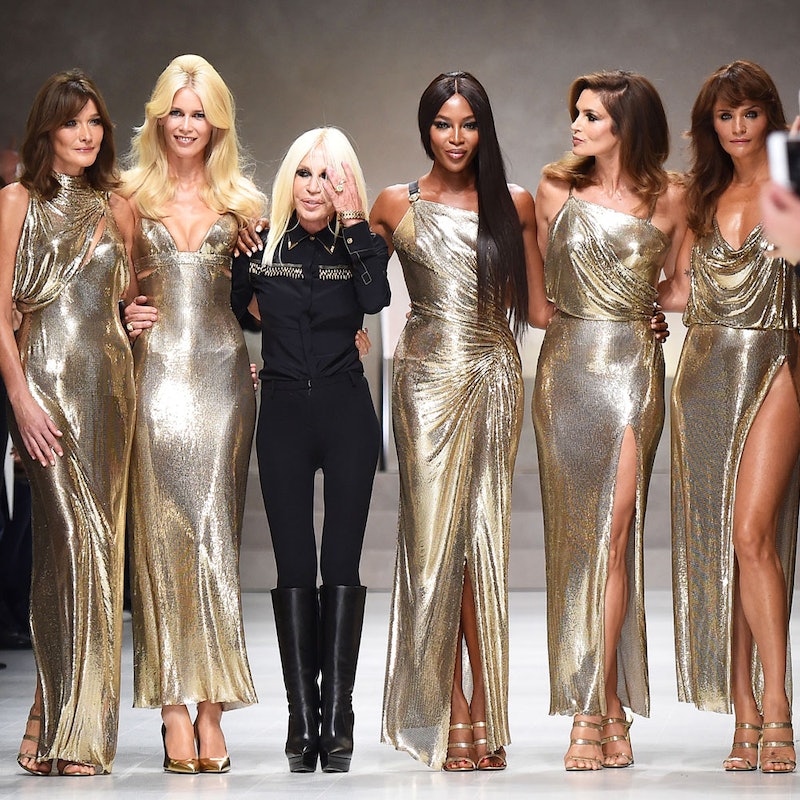 One thing can certainly be said about 2017: It was a stylish year. From the gratuitous over-the-top Met Gala ensembles to the ultra-chic Fashion Week runways, this year was all about embracing the dazzle. And no one can spot a glamorous look like our very own EIC, Rachel Zoe. We checked in with our fearless leader to get her thoughts on the looks she’s still reeling over. Cheers to yet another fashionable year under our belt.

"This moment is frozen into my mind—fashion history was made at this Gianni Versace tribute show."

"This was a breathtaking moment for Kendall."

Kate Bosworth In Tory Burch At The 2017 Met Gala

"Kate proves that black is always back."

Poppy Delevingne In Giambattista Valli At The 2017 Fashion Awards

"My beautiful friend doing her thing and owning the red carpet."

Kate Hudson In Stella McCartney At The 2017 Met Gala

"I love that she strikes the perfect balance of chic and edgy."

Emma Stone In Givenchy At The 2017 Oscars

Bella Hadid In Ralph & Russo At The 2017 amfAR Gala

"Bella nailed it in this ultra-sexy Ralph & Russo. She's stunning."

Kaia Gerber In Ralph & Russo At The 2017 Fashion Awards

Lily Collins In Zuhair Murad At The 2017 Golden Globe Awards

"Lily was having a full-on fairy tale moment—like a pink Cinderella."

Emma Stone In Valentino At The 2017 Golden Globes

"Emma looked like an ethereal goddess in this Valentino—the epitome of soft femininity."

Gigi Hadid In The Row At The 2017 CFDA Awards

"I love this look so much—it's so understated and unexpected for Gigi."

Kim Kardashian-West In Vivienne Westwood At The 2017 Met Gala

"This moment was so special because it was her first debut in a while, and it was refreshing to see her in a more minimal and pared-down look."