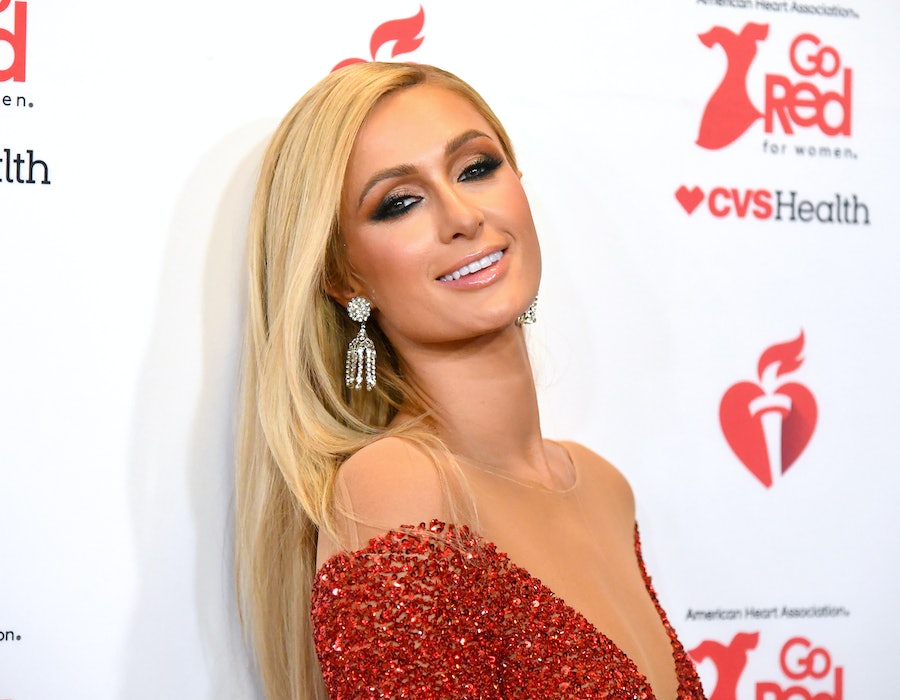 Paris Hilton — heiress, socialite, DJ, perpetual it-Girl— is engaged, and the backstory behind her proposal mirrors the plot of a romantic comedy. After more than a year of dating, on Feb. 13 Carter Reum proposed to Hilton on a secluded beach with a breathtaking diamond engagement ring. Hilton's engagement ring is a custom three-stone sparkler that features an emerald-cut center stone and is set in platinum. The most romantic part of the story? The inspiration behind the design of the ring stemmed from the city of love: Paris.

To coincide with the socialite's 40th birthday, Hilton officially announced the engagement in a photo montage posted to Instagram on Feb. 17. "When you find your soulmate, you don’t just know it. You feel it," Hilton wrote in her caption. "As we walked to dinner along the beach, Carter led us to a cabana adorned with flowers and dropped to one knee. I said yes, yes to forever." The pair wore matching monochrome looks — Paris in a Retrofete dress with a Loschy crown and Reum in an all-white suit — for the momentous occasion and both looked glamorous while celebrating her upcoming birthday on a private island. "I am excited about this next chapter and having such a supportive partner," Paris shared in an interview with Vogue. "Our relationship is one of equals. We make each other better people. He was absolutely worth the wait!"

Hilton's ring was created by Jean Dousset, Louis-François Cartier's great-great-grandson. The Eiffel Tower and the Grand Palais, seem to be specific landmarks the couple and designer pulled inspiration from when brainstorming the ring's design. Every element about the engagement ring was carefully thought out, as Hilton revealed on ParisHilton.com they "pushed the limits of jewelry using a tension setting to align diamonds seamlessly without metal." Hilton gave her fans a behind-the-scenes look at the ring's design process in a video she posted on her YouTube channel that shows an artistic recreation of the ring and its breathtaking details.

Reum, Hilton's soon-to-be husband, shared in an interview with People that he's had "the unique opportunity to get to know the real Paris" and "couldn't be more excited and lucky to have her as my future wife and partner." Her fiancé added that "she shines with her kindness, work ethic, authenticity and her voice in making the world a better place and she will do the same as a future mother and wife." For those who are engagement ring shopping — or simply wish to upgrade your existing bauble — and want to nudge your partner in the direction of Paris' design, shop similar statement rings below.