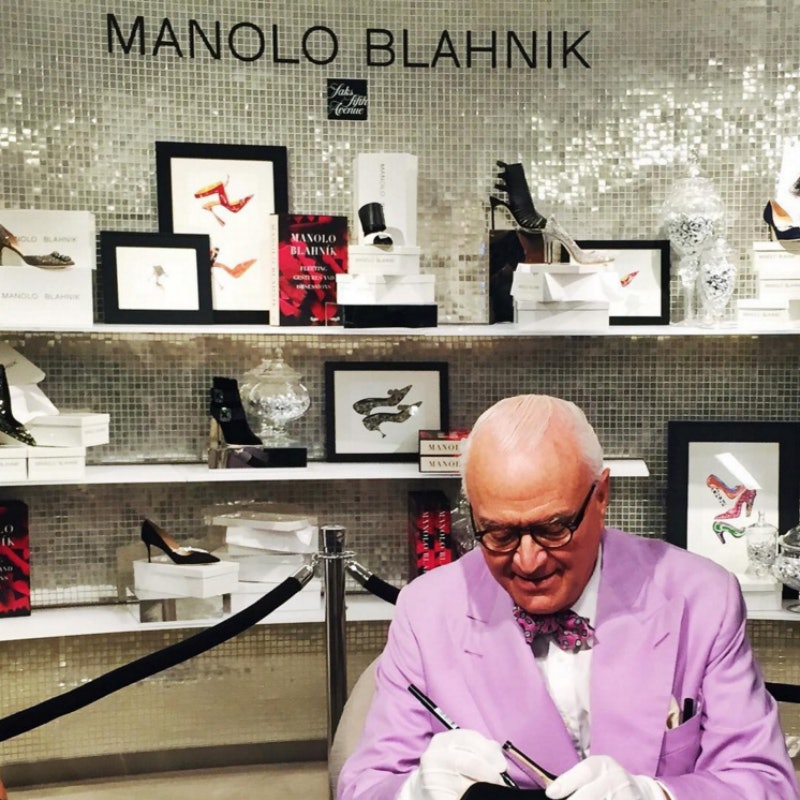 Gigi and Zayn steam it up, a “Netflix and Chill” Airbnb and more of today’s news.

Manolo Blahnik To The Big Screen

Manolo Blahnik (he of the legendary red soles) will step into the cinematic spotlight, starring in a detailed documentary of his life. Directed by Michael Roberts, the legendary shoe maker will be featured alongside some of his biggest customers and admirers including Anna Wintour, Rihanna, Naomi Campbell and many, many more. With production underway, we look forward to the release of what is sure to be cinematic gold. [ WWD ]

In preparation for the release of his first solo album Mind of Mine, the artist formerly known as Zayn Malik (yes, he just goes by Zayn now) has released his new "Pillowtalk" video featuring his supermodel "friend" Gigi Hadid. The psychedelic video is provocative as can be with sexy fashion and make out sessions aplenty. Watch it here and enjoy the "on screen only" spark between the steamy couple. [ Fashionista ]

A "Netflix And Chill" Room For Rent

Either Airbnb is punking us or "Netflix and chill" has become far too real a term. Enter: the West Village apartment in New York City dedicated to the intimate act. Complete with an aptly themed bed, streaming equipment and a fully-loaded bar, you can whisk away that special someone (read: random hookup) to this cozy abode for $400 per night. [ Tech Insider ]

Tommy Hilfiger Will Have An "InstaPit"

In an attempt to remedy the sea cell phone screens at his Fall 2016 fashion show, Tommy Hilfiger will host the first-ever "InstaPit" for "Instagram content creators" to complement the traditional photo pit occupied by traditional photographers and photo agencies. While it's unclear who will be given access to the "exclusive space for Instagrammers", we're standing by to see if another major moment like last season's lagoon finale will flood our feeds. [ Fashionista ]

Kate Spade Mixes It Up

Bringing New York City springtime to life, Kate Spade has launched their latest campaign featuring a diverse cast of modern icons. Starring British model Jourdan Dunn, the cast of characters include the iconic Iris Apfel, actress, model and photographer Syrie Moskowitz, author Karley Sciortino and more in a series of whimsical shots to highlight the vibrant collection. Peruse the collection here to get ahead of the season.

The sequel to Fifty Shades of Grey is officially in place with Kim Basinger signed on to play Christian Grey's business partner and ex-lover, Elena Lincoln in Fifty Shades Darker. Set to begin shooting later this year, Dakota Johnson and Jamie Dornan will reprise their roles of Anastasia Steele and Christian Grey with James Foley takes over the directing reigns. [ Vogue UK ]

Tech Updates To The Rescue

Snapchat has simplified the single most crucial problem on the app—finding and adding new friends. With the app's latest update, you can now send a personal Snapchat URL to friends that will automatically add you in their Snapchat app once clicked. And in other tech-ed out news, Tinder users can now share GIFs with their matches as of today, for all those crucial moments when there truly are no words. [ Refinery 29 ]