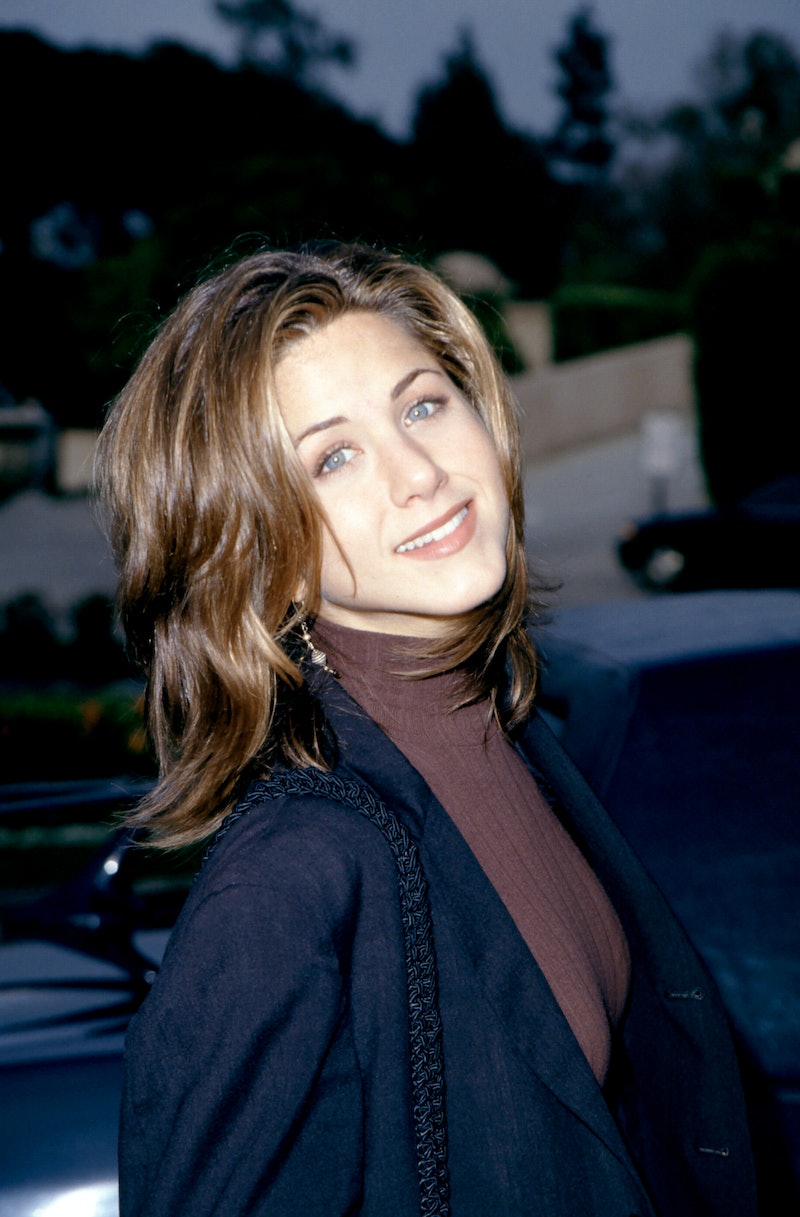 With the highly anticipated Friends: The Reunion airing today on HBO Max, it’s the perfect time to take a walk down memory lane. And what better way to do so than with Jennifer Aniston’s epic hair evolution? After all, while the 52-year-old actress has been loyal to a similar color and style for the last few years now, it certainly wasn’t always that way. In fact, Aniston has experimented with a slew of different hairstyles during her time in the spotlight — especially in the ‘90s and early 2000s when she hadn’t nailed down a signature look yet.

Through it all though, one factor has stayed the same: Aniston’s longtime hairstylist, the legendary Chris McMillan, who’s been with her since the very beginning. In fact, this past February, McMillan posted the sweetest birthday tribute post on Instagram for Aniston in which he’s shown touching up the star’s iconic ‘Rachel’ haircut. “Where it all started!!! HAPPY BIRTHDAY JEN. seems like yesterday,” reads the caption.

Memory-hashing aside, are you ready to see just how much Aniston’s hair has changed over the decades? If the answer is yes, just keep on scrolling.

Hold up. Jen, is that you? Pictured here in 1990 at just 21 years old, Aniston was a full-blown brunette and wore her long hair loose and wavy around her shoulders. She also rocked some subtle side bangs, but with them pushed out of her face for a more laidback vibe.

By the time 1995 rolled around, Aniston had turned this highly layered, shoulder-length haircut — aka, The Rachel — into a phenomenon everyone wanted. At this point, she was still largely brunette, but with some soft golden highlights woven throughout. Swoon.

Who could ever forget this epic hair look from the Emmy Awards in 1999? As many will remember, Aniston attended the event with Brad Pitt on her arm — but all eyes were on her beach-chic hairstyle, which featured tiny twists throughout for a messy, surfer-girl type feel. It’s also worth noting her hair color is significantly blonder here.

Who can forget Aniston’s iconic bob from 2000? Apparently, the actor would prefer to. In a 2017 interview with Allure, Aniston claimed she “never liked the bob.”

In 2002, Aniston showed up to the Emmys with an even beachier hairstyle — this time though, with more of a dirty blonde hue. McMillan styled her hair super wavy for the award show, and with a slightly off-kilter part to keep the look carefree and fun.

In 2004, Aniston debuted blunt side bangs and a slightly reddish-blonde hair color. She was also experimenting with wearing her hair pin-straight rather than wavy and tousled at the time.

It’s safe to say Aniston found her signature look in the latter half of the 2000s. Here, in 2008 at the Marley & Me premiere, she’s shown with long golden blonde hair, a slightly off-center part, and some face-framing angles kept long in front to highlight her features.

In 2011, Aniston spiced things up with a sunny blonde lob and a deep side part, which she wore to the premiere of Horrible Bosses. Styled sleek and flippy, this look was definitely a change of pace for the Friends’ star.

By 2016, Aniston was back to having pretty long, golden blonde hair — this time with some brighter pieces from the mid-lengths to the ends of her hair. She’s also repping a stark middle part here, which is typically her go-to nowadays.

In 2019, Aniston opted to wear her naturally wavy hair loose and slightly messy around her shoulders, and with a strong middle part. Her hair is definitely darker here, with the majority of blonde pieces positioned in the front to brighten up her face.

Prior to the pandemic last year, Aniston attended the 77th annual Golden Globes with what's become her signature look: golden blonde color, some soft long layers throughout for dimension, and a center part. At this point, it’s hard to imagine the actress with any other aesthetic.