That hair though? Seriously. 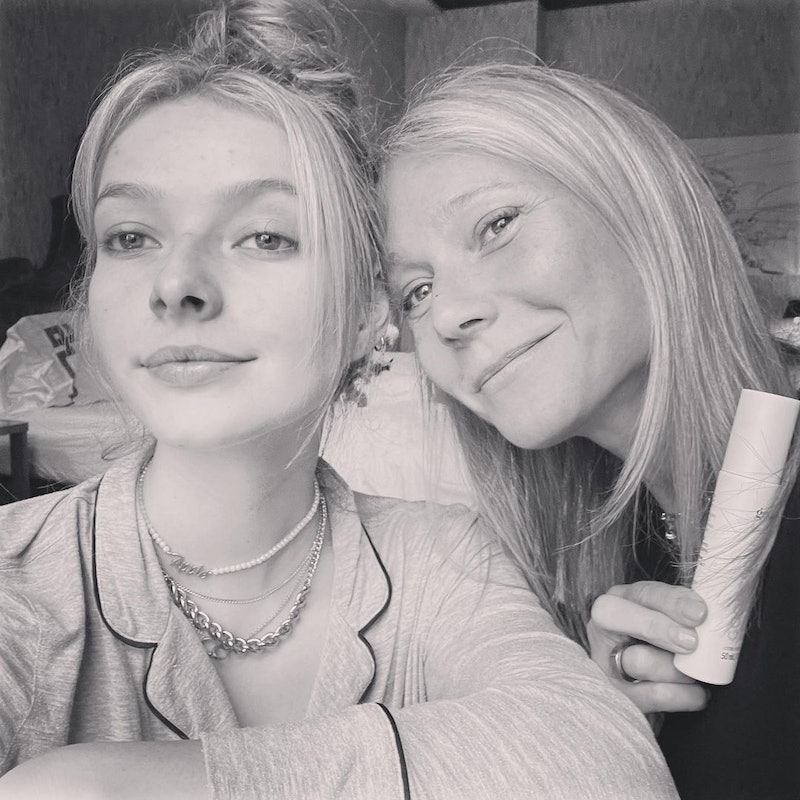 It’s always wild to watch celebrity kids grow up and turn into bonafide adults — especially, that is, when they look exactly like their parents. This week, for instance, people are blown away by just how much Gwyneth Paltrow’s daughter Apple Martin looks like her. The 48-year-old Goop founder posted a touching Instagram tribute for the budding model’s 17th birthday, and as you’ll see below, she definitely is the spitting image of her mom.

In the candid photo, Martin is looking off into the distance and almost seems unaware that her picture’s being taken. Her sunny blonde hair is worn loose around her shoulders, wavy and just a touch frizzy, as if she’d been swimming in the ocean all day (which is entirely possible, considering the beach is in the background). Additionally, she's sporting a neon-pink manicure, and from the looks of it, doesn’t appear to be wearing any makeup aside from maybe a coat of mascara. Just like her mom, she has that enviable “surfer girl glow” and the beach babe hair to match.

In fact, just last month, Paltrow was photographed with beachy waves too — done by the legendary Mark Towsend — and she looks just like her daughter.

Next to the photo, Paltrow penned a heartfelt caption for Martin’s special day. “Can it be? 17 today?? My sweetest girl... YOU ARE MY LIFE!” it reads. “You make me belly laugh every day. You are brilliant and hardworking. You are fully YOU which I respect and admire so much.”

Now, true fans will remember that Paltrow posted an equally stunning photo of Martin last year for her sweet 16. In it, she again looks just like her mom, but the more “glammed-up” version, with straightened hair and some light makeup on.

The last time that the mother-daughter duo had a major twinning moment (well, one that they shared with the world, that is) was last summer. August, to be exact. The pair reunited with Paltrow’s mother, actress Blythe Danner, and took a priceless snapshot in which they all look so alike. Paltrow and Martin are both wearing adorable sundresses with their hair loose and beachy. And Danner herself is rocking some beachy waves, too.