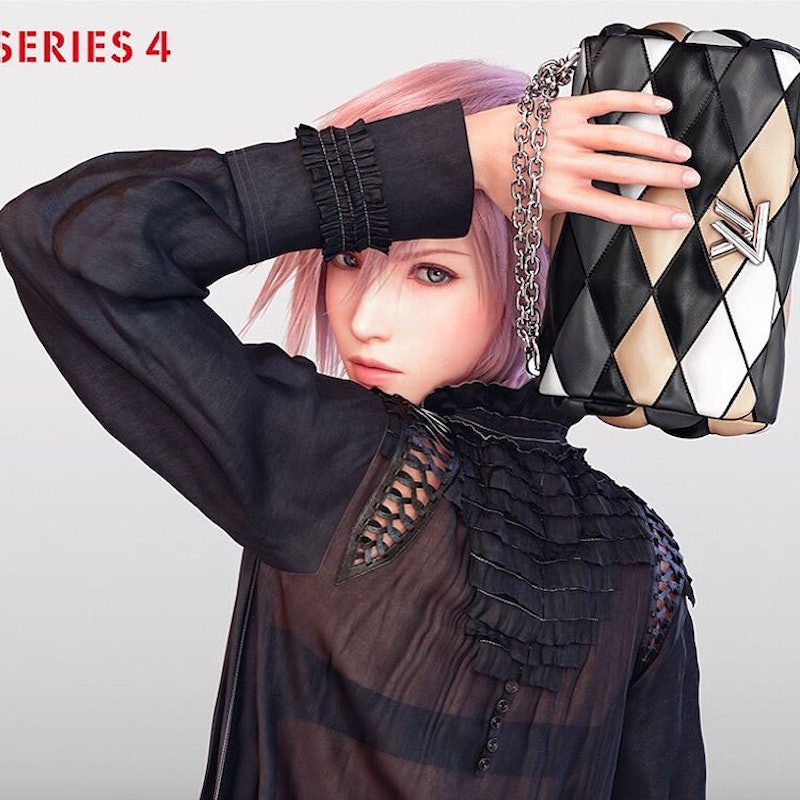 Although there is no shortage of Gigis, Bellas and Kendalls in the world, Nicolas Ghesquière opted to cast a Final Fantasy character in Louis Vuitton's Spring 2016 campaign. If you thought the looks of real models were already unattainable, here's to hoping there's not a new standard in beauty to live up to. Is Nicolas making a point that fictional video game characters are basically in the same category as photoshopped and overly airbrushed models?

In a #SisterSunday livestream on Kourtney Kardashian’s website and app, the oldest sister shared an inside look at all the extravagant gifting that took place on Christmas day. Not that we expected anything less, but Kanye gave Kim a $39,000 Saint Laurent fur coat. [People]

As if we didn't want to be the a part of this beautiful family already, Hadid sister's Bella and Gigi can even make a living-room performance of Disney's High School Musical song "We're All In This Together" look cool.

Business Of Fashion Shares Their Top People Articles Of 2015