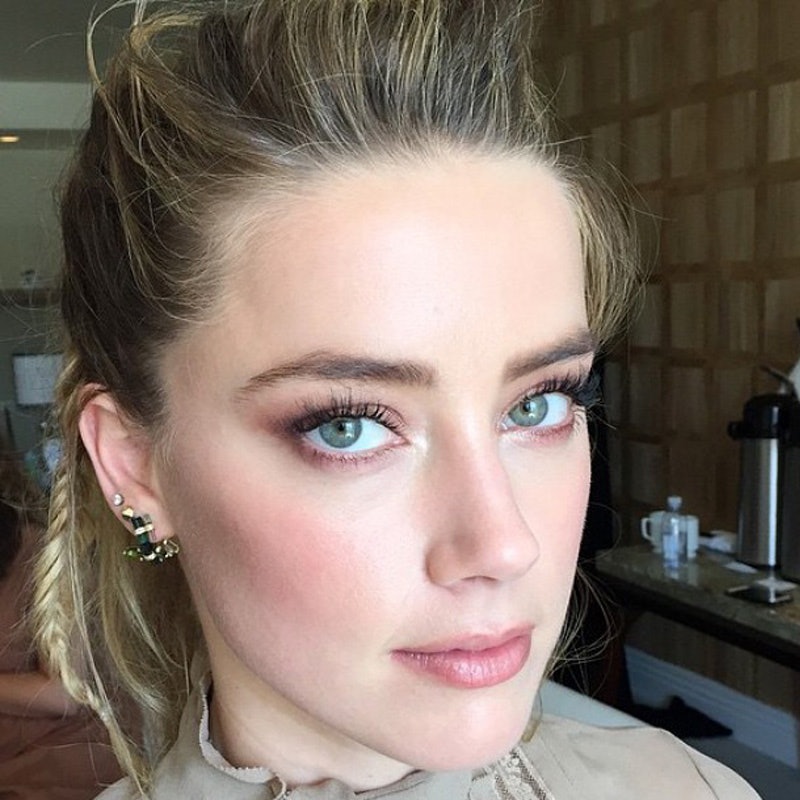 What do celebs including Amber Heard, Bella Hadid and Zoe Kravitz have in common? They all have super-rad piercings. The trend among these cool girls is to mix-and-match jewelry in an assortment of locations on the ears (and nose) for an effect that’s a fusion of rebellious and feminine. Which leads us to wonder: Are piercings the new tattoo? Offering freedom of expression with zero commitment, piercing is a fun way to customize a look all your own. Not sure where to start? Check out our list of celebs who best rock the jewelry trend (and for more inspiration on how to stack earrings, click here).

Amber mixes and matches an array of studs—ranging from simple to statement—on the lower half of her ear. Teamed with a cool ponytail and sultry makeup, the look is red-carpet ready.

One of our favorite style muses of late, Zoe has us seriously contemplating a septum piercing. Pairing it with a smattering of embellished rings, she epitomizes boho-rock goddess.

Thought earrings could only dip below the ear? Think again. Sophia shows off a new style that loops over the lobe—referred to as a suspender—that's been spotted on other celebs including Gigi Hadid. Consider this jewelry trend one to watch.

The edgier half of the Jenner-sister duo, Kylie's hoops crawl nearly all the way up her ear for an effect that's 100% badass.

Behati's dainty forward-helix piercing completes the bling collection on her lobe. Make like the Victoria's Secret model and experiment with an assortment of charm and hoop jewelry.

Easy as one, two, three—Pretty Little Liars star Ashley Benson's sparkling trifecta of studs takes the place of (but is just as impactful as) statement costume jewelry.

One in the ear and one through the nose—Abbey's hoop game is strong. As in, strong enough to encourage us to bust out the retro style from our jewelry boxes from time to time.

We dig the placement on both of the Cyrus sisters—Brandi's nostril and Miley's ear. Friendship piercings, anyone?