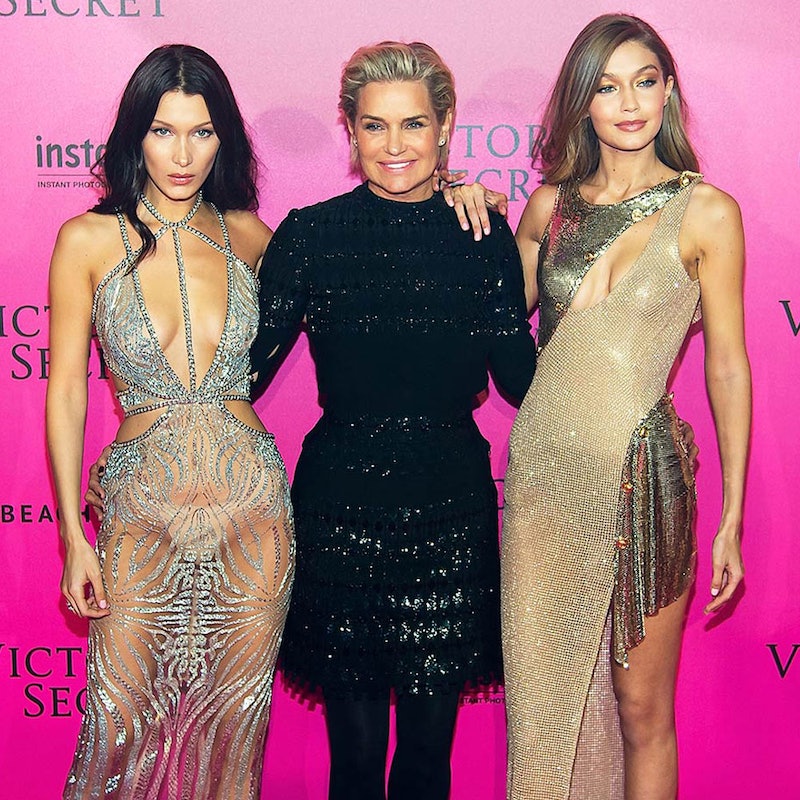 Updated December 4, 2017: It’s confirmed: Yolanda Hadid, mom to famed supermodels Gigi and Bella, will spearhead Making A Model With Yolanda Hadid, an upcoming TV series on Lifetime that couldn’t be more aptly titled for the mother of three models. The show will present six pairs of aspiring teen models and their moms living under one roof—and it appears Yolanda will likely share her momager secrets during the training camp in which families will get to experience fashion shoots, runway shows and fitness classes throughout their eight-week stay. $5,000 will be awarded to one model each week, and the grand prize is the ultimate career boost: a management contract with Yolanda and an opportunity to work with IMG Models in New York. Stay tuned when the show premieres January 11 at 10pm ET. Take a sneak peek here:

Original post March 22, 2017: There’s no doubt modeling genes run strong in the Hadid family. Both Gigi and Bella have walked the Victoria’s Secret Fashion Show and received model of the year awards (Gigi from the British Fashion Council, Bella from Model.com)—even their brother Anwar was recently named the face of Hugo Boss. So it should come as no surprise that their mother Yolanda is preparing to host a reality TV series aptly called Model Moms. The show, which will air on Lifetime, will follow the former Real Housewives of Beverly Hills personality as she coaches aspiring teen models (and their momagers) along their quest for runway stardom. (Yolanda also used to model, making her an excellent choice to host the show.) After an eight-week training program, one winner will sign a management contract and get potential representation with IMG Models, which currently counts all three Hadid children among its talent. Sounds like we might soon meet the next Gigi or Bella.