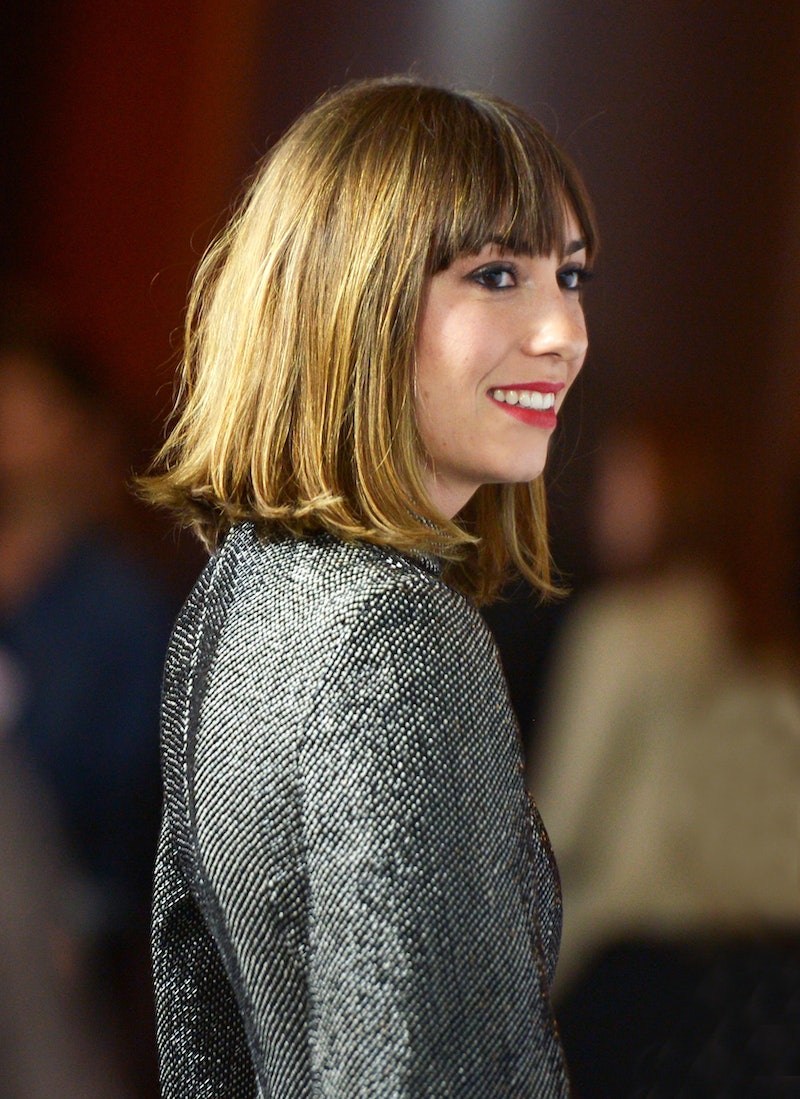 Gia Coppola may be young (27 years old to be exact), but in this instance youth is not synonymous with inexperience. Coppola has already directed a feature film, produced short films with major fashion houses including Rodarte and Zac Posen, and been called a Hollywood prodigy. Aside from all of that, she is poised, ambitious and humble. And despite that very famous last name (her grandfather is legendary filmmaker Francis Ford and her Aunt Sofia is the acclaimed screenwriter/director of Somewhere and Lost In Translation, among others), Gia is absolutely determined to forge her own path to success in the movie industry. An impressive goal for such a young woman. Clearly, this one-to-watch is an old soul, which is why we wanted to get to know her better in our latest Women of Style interview.

On Growing Up In A Famous Family

“I think it’s easy for people to misconstrue [the truth] and say I was helped or that everything was given to me. I definitely have talented and wise people to turn to for advice but at the same time I want to work hard and not take the easy route because I want to learn. Without challenges or hardships I don’t get to grow as an individual or as an artist.”

On Realizing She Wanted To Get Into Film

Gia on the set of Palo Alto. Photo: Courtesy of Gia Coppola

“When I finished college as a photography major I felt like I needed to be creatively stimulated in a new way. I started making short films with my friends because that felt like an extension of photography but with more elements and tools to play with.”

On Making Films Vs. Taking Photos

Nathalie, by Gia Coppola. Photo: Courtesy of The Tappan Collective

“They’re similar in some ways. I’m very interested in present-day culture, but I also like to mix it with my dreams or bits of things that inspire me—like other photographs, music, movies and books.”

On What She’s Learned From Her Aunt, Filmmaker Sofia Coppola

Gia with her Aunt Sofia at a Golden Globes after-party in 2004. Photo: Getty Images

“I spent the majority of my youth on her sets, more so than on my grandpa's. I worked in the costume department on Somewhere. If it wasn’t for Sofia I don’t I think I would have ever considered directing. I look up to her very much.”

“Right now what I’ve been really taking to heart is to be honest and kind.”

“It was a great collaboration in that I learned to tell a story in 3 minutes and got to work with fashion designers.”

On Her Directorial Debut, Palo Alto

With the cast of Palo Alto. Photo: @mastergia

“It was one of the hardest things I’ve ever done in my life but I was also never happier.”

“Try to tell a story that is true to your heart.”

On Her Personal Style

“I’m not really into shopping. I like sneakers, comfy jeans and T-shirts. I like style I just see in everyday life.”

On Where She Finds Inspiration

“The Art of Elysium and Baby2Baby.”

“You have to wear what you’re comfortable in, but it’s fun to be a little daring too.”

On Balancing Work and Personal Life

“I try to have a routine during the afternoon and write. At night, it’s nice to not think about anything and enjoy my friends and see movies and try and be in the present moment.”